Her creative faves, from H&M to Beyoncé

In 2007, Anna Qvennerstedt became the youngest person ever awarded the Platinum Egg, an award honoring individuals who have had an exceptional impact on the advertising industry in Sweden.

Trained as a copywriter, Anna rose to chairman of the board at Sweden's Forsman & Bodenfors in 2012. She's been heavily involved in management over the past year, after F&B merged with KBS a year ago this month to form a new global agency.

We spent two minutes with Anna to learn more about her background, her inspirations and her favorite classic and recent work. 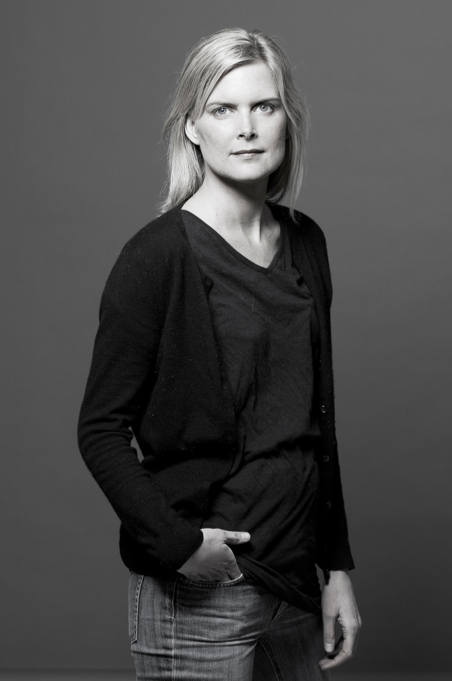 I grew up in a town in southern Sweden called Jönköping. With dots over both o's. It is commonly known as Sweden's Jerusalem, as it has a lot of churches and Christians, contrary to the rest of the country, which is very secular.

I wanted to be an author. I read everything that came my way—from Dostoevsky to romantic, semi-erotic novels I found at the gas station. My teacher encouraged my writing a lot, and so did my father. I felt I had a way with words, but I also had a terrible writer's cramp very early on.

My father was an architect who designed children's playgrounds. He started involving me when I was only a few years old. I would suggest something, and he would include it in his design. Then he'd take me to the inauguration and let me see my "work" come to life. He would illustrate my stories, use my drawings on the cover of the magazine he was editor for, etc. He was very much into the social science of Reggio Emilia, which basically is all about encouraging creativity in children. He made me feel talented, like I could do pretty much anything.

That has to be my father, then. There was something very unbounded with his ideas. He designed a wooden giant with a playground on top of it, which turned all the visitors into Lilliputians. He also designed a perfectly safe playground that climbed up a mountain.

I have a hard time remembering anything specific from that period, but I wasn't very attentive in school as a teenager. I know I asked my mathematics teacher during the beginning of my last year in college if he thought I could get a higher grade if I really, really tried—and he said no. My focus at that time was elsewhere—friends, love, literature. I finished school with pretty average grades. The only school subject that really caught my interest in college was philosophy. I had a wonderful professor who truly saw me. Philosophy studies are great for seeking teenagers.

The first concert you saw, and your favorite musician today.

My first arena concert was Pink Floyd in Stockholm in the '80s. I remember a giant pink pig floating on top of the audience. I also saw a lot of Swedish prog bands in my teens. I don't really have a favorite musician today. I seem to share taste of music with my 10-year old daughter. We like Robyn, for example.

I really like Juno in the movie Juno. She has all of the features that teenage girls rarely have in the movies, but may well have in reality—wit, self-confidence and integrity.

I read the trilogy Outline, Transit and Kudos by Rachel Cusk this summer. I found them almost innovative in the way the story is told. Cusk manages to say quite a lot about the protagonist through only telling stories about the people she meets.

It's impossible to name one, of course. But I would like to mention Human, the documentary by Yann Arthus Bertrand. I had heard about it and noticed they showed it on the plane from NYC to Stockholm. I wasn't really up for a long documentary on a tiny screen, but thought it might send me off to sleep. So I pressed play and then found myself spellbound, wide awake, tearful and leaning forward for hours. I had to rewatch it on a better screen later. It's on YouTube; watch it if you haven't.

I loved working on "Close the Loop" for H&M, because it was a kind of rock 'n' roll project where we had to work really small. The team basically went around in a minivan. Everyone on the team—such as the director Max Vitali, the DoP Mattias Rudh and stylist Denise Östholm—was contributing so much throughout the production; it was an ongoing creative process.

My creative partner Karin Frisell was an absolute star and the funniest person to be around, and so was the client. It was a lot of street casting; back in those days it felt kind of fresh to find talent that represent themselves rather than casting models. There was a real story behind everyone who appeared in the film, and I think we managed to portray the whole, democratic fashion range of H&M in a way that people rarely get to see. This project made H&M very proud, and so was I.

I have been busy merging agencies this year and haven't worked a lot creatively, but I think "The E.V.A Initiative" from our Volvo team is one of the greatest things I have seen for a very long time. The original brief was to celebrate the 50th anniversary of the three-point safety belt, which is a Volvo invention. Through the creative and strategic thinking of the team at F&B, it turned into a project where Volvo basically gives away all the crash data they have solicited since the 1970s. This data is unique for the car industry and gives an understanding to what happens during a collision—regardless of size, gender or body shape. This has made it possible for Volvo to design cars in a way that protects both men and women equally. To me, this is a schoolbook example of how to use data to get further creatively.

I was blown away by Beyoncé's "Lemonade" and binge-watched it until they took it off free streaming. It's a piece of art. Warsan Shire's poetry, the styling, the music, the art direction, the stories that are told between the lines. And most of all, the brutal honesty of the betrayed woman, the anger and the vulnerability. It just felt so powerful to me.

As many other people are, I am a huge admirer of Nike's "Dream Crazy" campaign featuring Colin Kaepernick.

I have a strong bullshit radar and ridiculously high expectations, and I believe I am a good team player.

The great thing about always working within a collaborative team is that my weaknesses are supplemented by my team members' abilities and strengths. But overall, my patience gets weaker every year, which is disturbing. I also take things too seriously for my own good at times.

I would get a dog.