2 Minutes With ... Alex Amado, VP of Experience Marketing at Adobe

A writer's adventures in creative marketing 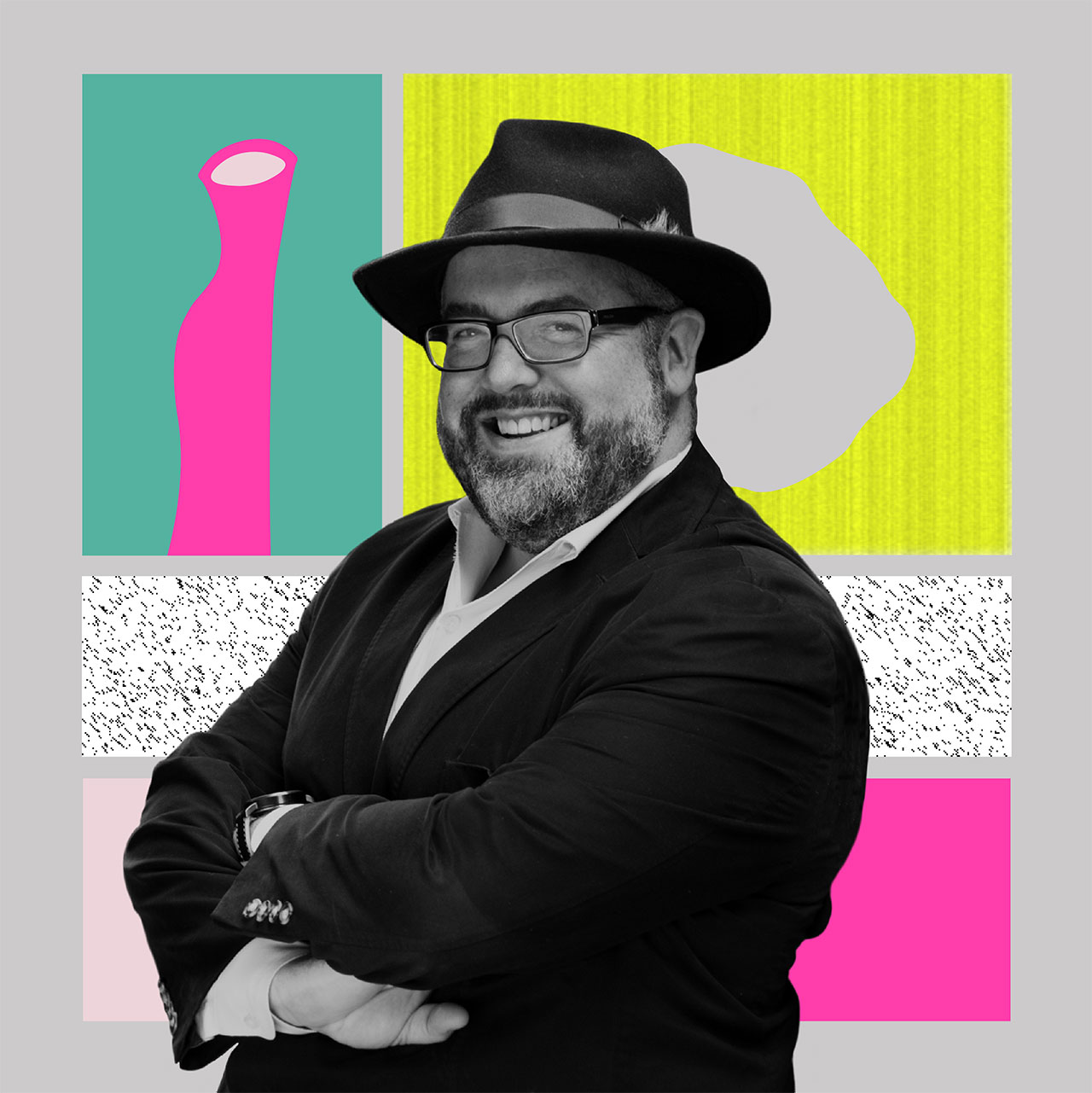 In his time at Adobe, Alex Amado has led teams that have consistently crafted top-notch creative marketing for one of the world's great creative companies.

Amado has been with Adobe since 2005. Today he is responsible for creating and delivering compelling experiences that reflect Adobe's brand. To that end, he leads a team of artists, writers, UX designers, media experts and event strategists, working with a small number of world-class agencies—all dedicated to the principle that Adobe's brand is built through great customer experiences.

We spent two minutes with Amado to learn more about his background, his creative inspirations, and recent and classic work he's admired.

I was born and raised in San Francisco (a second-generation S.F. native), and for most of the last 20 years I've lived in Oakland with my wife and son.

A writer. In my teen years I was convinced I was going to be a writer. I did my undergrad in English Literature, and then spent most of my twenties pursuing a career in fiction writing—though to pay the rent, I had to write everything from ad copy to restaurant reviews to technical manuals … in addition to the comic books and short fiction that really wanted to write. But after a solid taste of the life of a writer, I decided that it wasn't the life that I wanted, so I took a full-time job in marketing and have rarely looked back.

Since I was a kid, I've wanted to tell stories. To engage audiences, to make people feel something. Even in third and fourth grade, I would draw mini comics or painstakingly bang out short stories on my parents' typewriter (this was before computers). It's been in my psyche from a very young age.

Roger Dean was my favorite artist when I was a teen. I had several record-album sized collections of his work, and I would pore over them for hours. I tried to copy many of his iconic illustrations, and I even remember one particularly disastrous experiment with an airbrush. But I've always loved the way Dean could visualize worlds that look as if they're filled with stories just waiting to be discovered.

When I was going to college in Berkeley, I worked a retail job at a comic book store near campus. It was a large, well-established comic store that had a couple of locations and had already (in the late '80s) started to focus on graphic novels rather than just the traditional comic books. I came up with a few interesting merchandising ideas, and the owner of the store asked me to start spending half of my time working on marketing for the store. That was a big moment for me. I got to design and run newspaper advertising—which involved learning how to do actual paste-ups with halftone sheets and lino-set type. I built co-op programs with independent comics publishers. I learned how to optimize planning for promotion cycles across the year. It was a great marketing education, along with my literature undergrad learnings.

My best friend and I went to see Sting in concert in the mid '80s. I listened to the Police and Sting relentlessly as a teenager. These days I fall in and out of love with bands all the time. The most recent show I saw that was absolutely captivating was The Struts at the Bowery Ballroom in New York. The energy in the room and the ability of the band to completely capture the audience was astonishing.

John Singer Sargent. He says more with one stroke of a brush than I can say with a thousand.

James Bond. Flat out. I went through a phase in my late twenties where I set out to learn a bunch of skills because they were iconic James Bond moves. Like scuba diving and skiing. A couple of decades later, I'm a mediocre skier and a terrible diver, but I'm quite good at drinking. So that makes up for a lot…

The Undoing Project by Michael Lewis. A fascinating look at the relationship between Daniel Kahneman and Amos Tversky, who are the fathers of behavioral psychology, and hence (in my mind) the fathers of modern marketing.

I've probably gotten more Instagram recommendations from Muse than from any other source. But irrespective of source, one that I am enjoying right now is @lightroom_ig—it features incredible photos from around the globe, which I really need right now because I'm not able to travel.

I have never been a fan of working from home—being away from the office and the energy of the studio and agency partners is always hard for me. So the last two months have been tough. I've had to create an office-like space, separate from my home … and I now work in an 8-by-8-foot garden shed in our back yard, which I've converted into an office. But none of my creative teams will fit inside, so it's still quite isolating. I do get multiple daily visits from my Golden-doodle puppy, though… so that helps.

There are a ton of ads that I've loved working on. But when I look back at dozens of campaigns and over 100 ads, I think the one that jumps out for me is "Click, Baby, Click." It was just such a perfect reflection of the world of digital marketing in 2013, where so many businesses had tons of data, yet very little insight. I think we really tapped into the anxieties of the modern marketer with our closing line, "Do you know what your marketing is doing?"

That spot was built in partnership with Goodby Silverstein & Partners, and it's really resonated with a lot of audiences. It's one of the ads that marketers most often remember. And inside Adobe, people still repeat the line "Yoshi, we're back!" … which, incidentally, was ad-libbed by Michael Lerner on set.

Well, my most recent project is always my favorite … until the next one comes along. We just finished a campaign that had some real meaning and heart behind it. I know there has been a lot of "honoring heroes" in the last month, but by partnering with our creative community and inviting them to use their creativity to celebrate not only medical professionals, but also grocery store clerks, delivery people, train drivers and garbage collectors, I think Adobe was able to bring a unique angle to this idea. We made this in partnership with 72andSunny.

It's probably quite cliché, but in the late '90s, I really remember being struck by Apple's "Think Different" campaign. There were epic OOH murals in spots around San Francisco that first captured me—Picasso, Einstein and MLK. And of course, that wonderful manifesto ad. It sent tingles down my spine.

Apple | Here's to the Crazy Ones

I'm envious of pretty much everything Fernando Machado does. I think Burger King has been an unexpected font of creative energy and marketing inspiration for the whole industry. I just love their unflinching risk taking.

My empathy. I really like to understand people and where they're coming from. It's a good skill for working with creative and business partners, and also for understanding target audiences. It's something I developed as a writer, and I think it's served me well ever since.

I've never been a big music guy, and so my knowledge of music is limited to the genres and bands I happen to have liked over my lifetime. Every time we're searching for music for a project, I'm always impressed by people who can bat around artist and song names across decades and genres and instantly call the music to mind. I often scribble notes to go listen to the songs later.

A Bulleit Rye Manhattan on the rocks.

What you'd be doing if you weren't in advertising and marketing.

Teaching. I did some teaching when I was getting my MBA on the East Coast, and I really loved it. In fact, I was very close to pursuing a career in teaching, but family and other concerns drew my wife and me back to the Bay Area. I could easily see myself teaching marketing (or even literature) as a "third act" in my life.