Brique: How the Rock's Cheat-Day French Toast Became Its Own Brand

Chef Rocky's decadent treat, and its plans for growth

French toast. A rich, weekend breakfast of champions, beloved by all ages.

In a world where people and things are elevated and upgraded, French toast had remained the same—until Dwayne "The Rock" Johnson started posting his epic cheat-day meals.

Fans wanted this decadent dessert in their bellies. Where could they buy this in real life? They couldn't, initially. Rock Toast was the creation of Racquel Rockquemore-Breiz, better known as Chef Rocky, personal chef to the Rock.

As demand grew, Chef Rocky, with the Rock's blessing, began manufacturing Rock Toast on a larger scale. What began as a traveling pop-up store throughout Los Angeles is now a brick-and-mortar shop in an outdoor mall in the City of Angels.

For our On Brand series, we spoke with Chef Rocky, chef and owner of Brique, about creating a bona fide business and brand from a celebrity's cheat-day meal, having that celebrity support her endeavor, and how the company plans to expand this year. 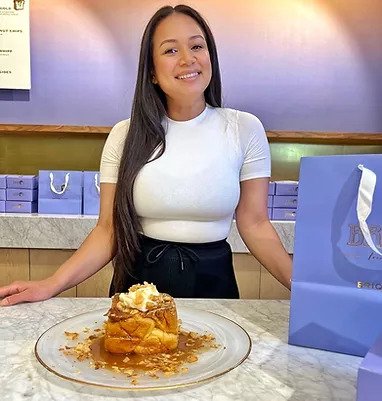 Upon completing culinary school at the California Culinary Academy in San Francisco, Chef Rocky was a pastry chef at the Stanford Park Hotel, worked at Ruth's Chris Steakhouse, and launched a catering company with her husband. In 2005, she entered the private chef realm, and in 2018, she started working with the Rock.

Anyone who follows the Rock on social media knows his regimented meal plans.

"The Rock is very strict on his meals six days a week, and then one day he gets his cheat meals," says Chef Rocky. "Cheat meals are like an all-out celebration of anything he could eat that he wants possible. When he asked for his cheat meals, he would say, 'I want Rock-size.' They're not the normal-sized items that you would receive.

"Then one day he happened to ask for French toast. I was like, that's amazing, I make this thick French toast for my family, and so I served it to him. He loved it and then he kept requesting it. And with the cheat meals I can slip things in for him to taste because it's not on the diet plan. So he can go outside and explore a little bit. So every time he would request it, I would add the Teremana [the Rock's line of tequila] -infused whipped cream. Then I would add toasted coconut. His favorite flavor profiles are coconut, peanut butter and banana. So then I thought, How about peanut butter coconut maple syrup with Teremana? That's how it all happened and came together. I would just label it as Rock toast instead of French toast. And his name is my name, too, so it goes both ways. Then it just became a thing of its own."

Let's take a dive into the Rock's social media. One of the first—if not the first—mention of Rock Toast was in February 2020, just prior to the country shutting down due to Covid-19.

"Extra thick brioche French toast, smothered with peanut butter (personal fav) and syrup. Washed down with my @teremana Reposado tequila shaken, chilled and poured back on the rocks," reads the post, coupled with a rich, delectable plate of Rock Toast.

One week later, another cheat-day post involving French toast. "Brioche French toast smothered in peanut butter and maple syrup with cheesecake & @espn's 30 for 30 on the side," it reads. "For perspective, the cheesecake slice is actually half a cheesecake, so you can imagine how massive these French toast slices are. Enjoy your cheat meals, my friends and have a productive week."

"He would post it and everyone would go crazy," Chef Rocky tells Muse. "And then I would post it, but I wouldn't say who I was making it for, and people would message me saying, 'Where is that? Where can I get that? I would totally buy that.' I'd be like, 'Oh, you would buy this?' Then we thought, maybe we could sell this. I approached the Rock and said that I wanted to make a business out of this. And he said, 'I totally 1,000 percent support you. Go for it.' " 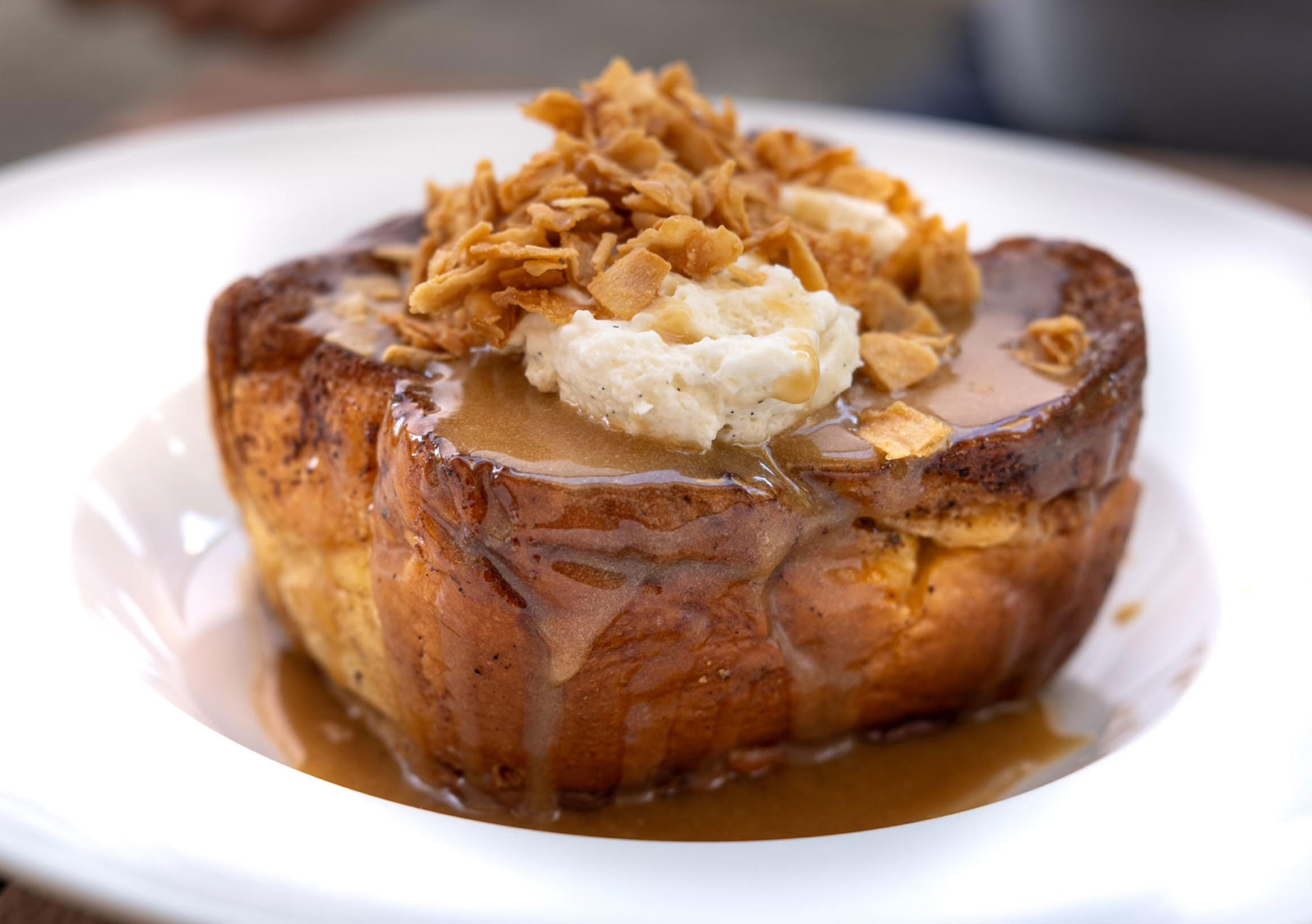 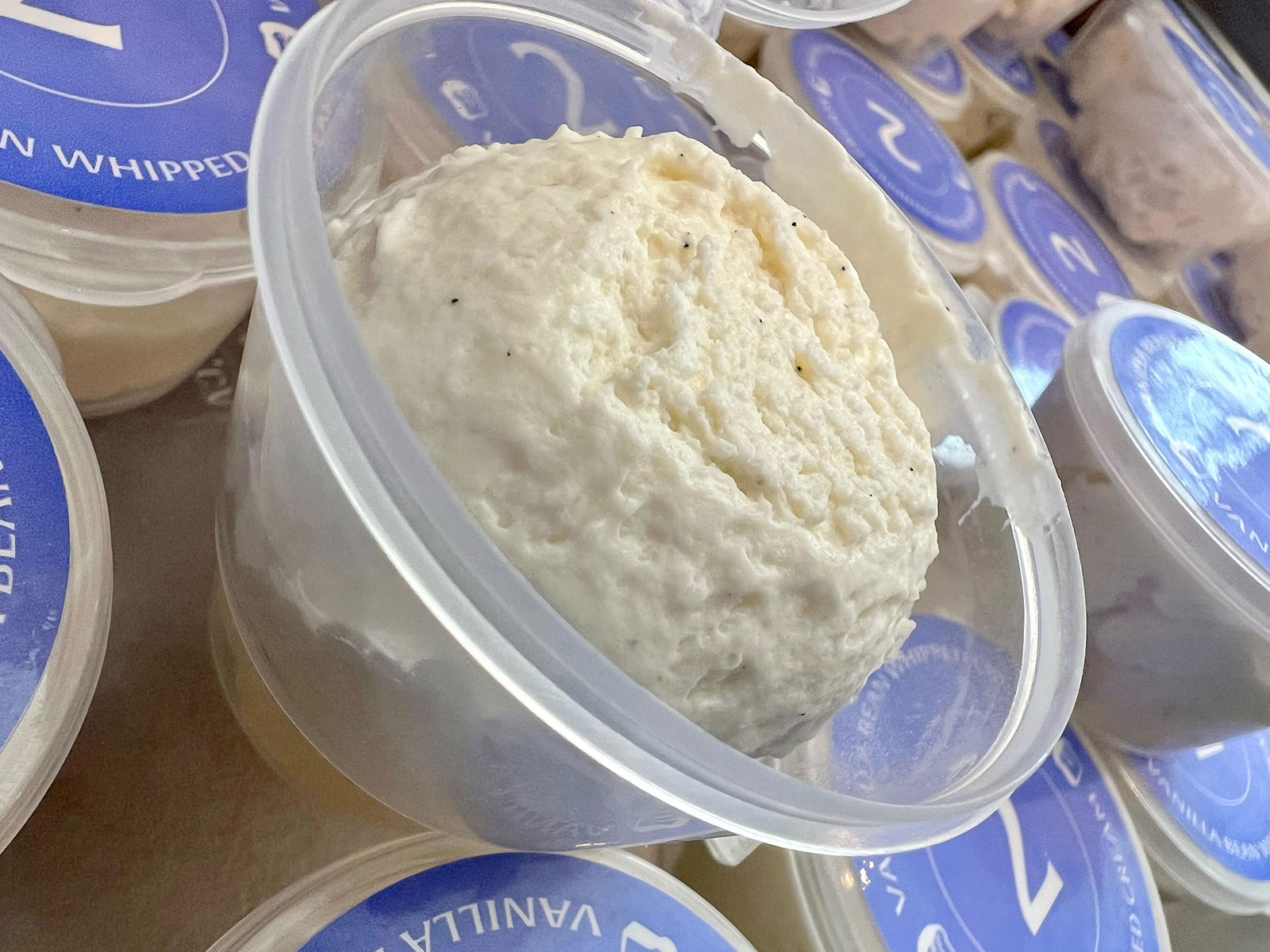 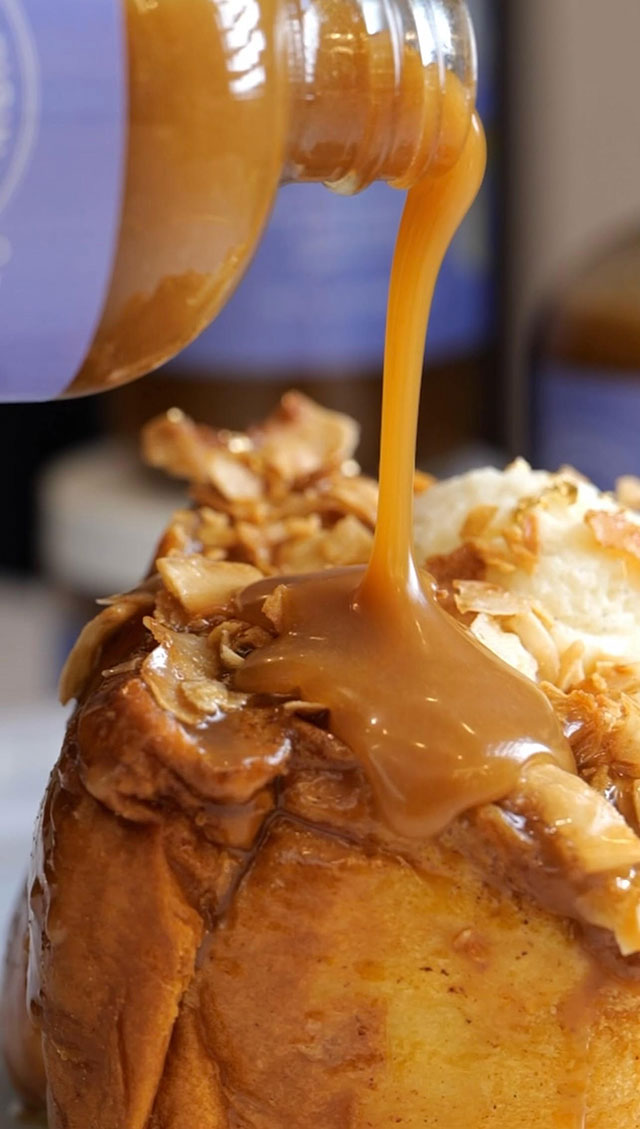 Brique began as a traveling pop-up in the Los Angeles area before opening a brick-and-mortar establishment on Black Friday in 2021, referred to appropriately by Chef Rocky and the team as Brique Friday.

"We popped up all over Los Angeles before the store opened, once or twice a week," she says. "They were all pre-orders. If pre-orders sold out, we would bring extra for walk-ups. We would travel all over. We would go up to the Bay Area, San Francisco, Las Vegas, Hawaii and all up and down the California coast. Now, there's no pre-ordering for the brick and mortar. Just walk in and order."

An original Brique with toppings included costs $12.99, and a double Brique is $25.98. Fans can even take home a 4-ounce tub of Brique coconut chips for $10 and Briquid Gold (peanut butter coconut maple syrup) for $20.

Chef Rocky has created more than a foodie experience. It's a luxury experience, from the unboxing to the utensils provided.

"Brique is different," Chef Rocky says. "It's thicker-sized brioche French toast and it comes with three never-before-curated toppings that go amazing together. You can eat either at the store or you can take it home to reheat. It has a nice little shelf life on it, so you don't have to eat it right away. It's a whole experience. The unboxing, the bags, and you get nice little goldware with it, too. Brique is best within three days of purchase, refrigerated. A lot of people buy some on Friday and then fly out on Saturday and take them home. They travel really well. Brique is for everyone from babies on up. It's literally going to be a love at first bite. It's always the eye-roll back and the mouth drop."

Brique's main advertising platform is Instagram and some TikTok. Being featured on the Rock's socials doesn't hurt, either. 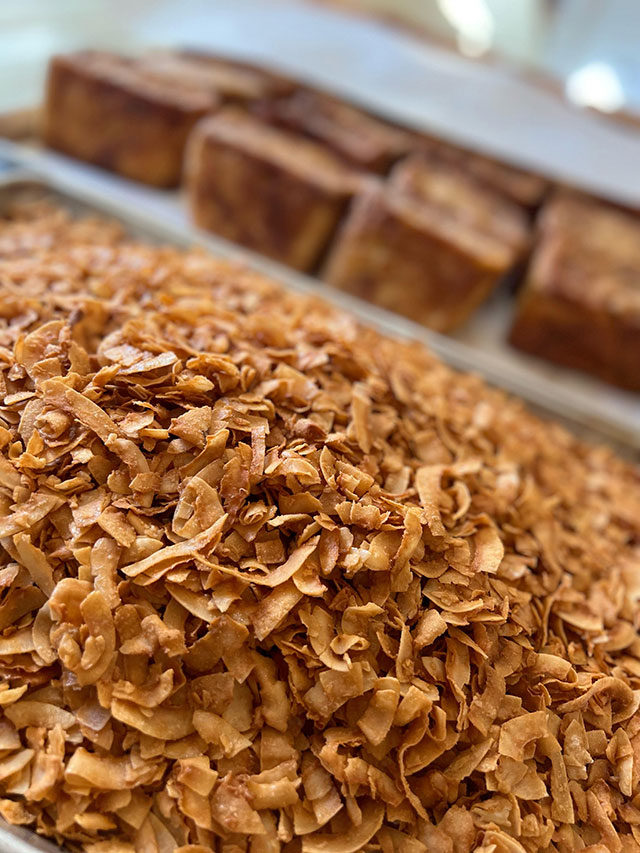 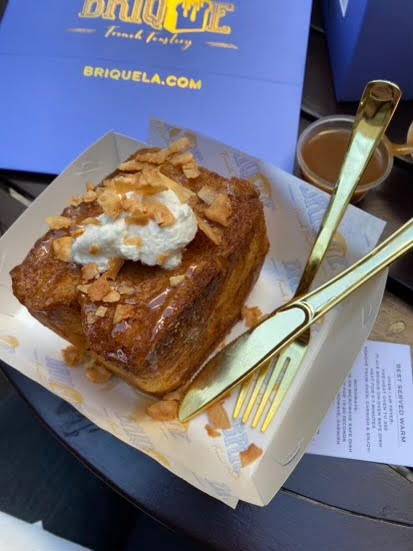 For 2022, Brique is expanding in numerous ways. A second location is in the works, with plans to launch at the end of the year or early 2023. Chef Rocky is eyeing the East Coast for the second spot.

"It's Brique in a bottle," says Chef Rocky. "It's an 18-hour French toast cold brew, our signature peanut butter coconut maple syrup, a hint of cinnamon, and vanilla almond milk."

A Brique ice cream will make its debut this summer, and Chef Rocky is finalizing the details on shipping product, which will be through Goldbelly.