Plus, how emerging entertainment platforms are democratizing content creation 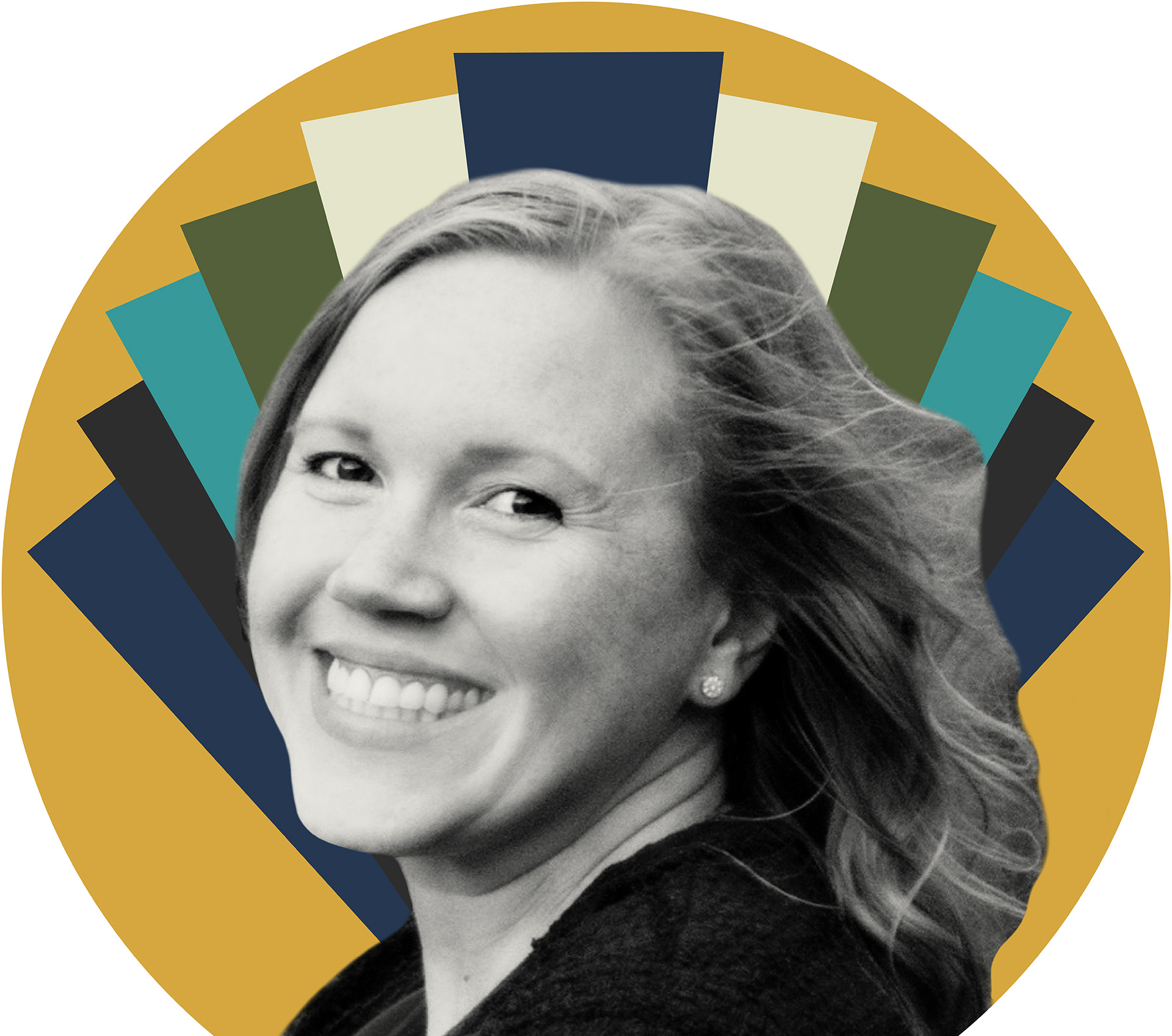 Danielle Johnsen Karr is head of social content agency for Magnet, Team Whistle's agency that uses its deep ties to social and streaming platforms, live sports and the creator economy to assist global brands, entertainment and sports properties create and distribute content to grow their audiences.

She oversees Magnet's team across creative development focused on strategy and ideation, content production, talent sourcing, amplification, insights and execution for brands and partners across the sports and entertainment landscape.

Prior to joining Team Whistle, Danielle built a career within the agency world, helping Fortune 500 brands launch and scale their efforts across social and digital channels. She led social and digital strategy for Mastercard, HomeGoods, Hornitos and instax at McCann New York. Prior to that, she developed the social strategy and content offerings at Deutsch New York. And she honed her social strategy craft during her tenure at 360i, where she oversaw the entertainment practice for brands like NBCU, A&E and HBO, and managed the social team as it tripled in size.

We spoke with Danielle for our Backstory series, where we chat with folks in the entertainment industry about their creative inspirations and more.

I grew up on Long Island. As a kid, it was the best—close proximity to beaches and the city. And somehow, even though I had promised myself as a teenager I wouldn't live here as an adult, my husband and I moved back to Long Island from Queens nine years ago. We live, with our two kids, in a pretty idyllic beach town and still have the ability to be in the city in 35 minutes.

I worked at a promotional marketing agency that focused on product placement and affiliate marketing. My job was to help the events and engagement directors on planning programs, sweepstakes and events that would highlight to sales executives all the different series and one-off programs on cable networks like A&E, History and NBCUniversal. The coolest part of my job was the events piece, and I was able to help plan and manage trips to London, Los Angeles, even Iceland.

It's a tie for me. The first is working on Sarah Palin's Alaska for TLC. Not to dive into my politics, but let's say when I was offered the gig I didn't know how I could do it. TLC was very transparent that this was a show about life in Alaska with a celebrity host, and it really was. Why it was a breakthrough for me was because I was an editor of the website, meaning I had to pitch, research, write and edit a ton of culture pieces in an area I wasn't familiar with, and create the social strategy for that work as well. I worked with smart folks, and met amazing people through my stories. Through my interviews, I really was able to learn about a whole other USA that I was just not aware of in my NYC bubble—for a strategist, it was a dream. And I worked with an incredible team who have all gone on to lead marketing and digital for big brands. It was a wild time.

The second breakthrough moment was when I was working at 360i and managing the USA Network business. They were amazing partners—we ran the show and network handles, so we were responsible for crafting strategy, developing content, posting and optimizing. USA had built an entire network with the power of fans, and their talent clearly understood it was important to develop relationships with the fans, too. We helped talent, like Dulé Hill and even Meghan Markle, to create content and reach audiences. For their upfronts one year, we turned it into a fan event—gave them red carpet access, had them meet talent, and shifted what was typically a standard media insider event into a public communication event. We scored a few trending topics, and established a full power fan network, which became an offering of the agency. It really was the first time entertainment took social media into this community fostering space, and it laid the groundwork for so many successful future campaigns.

Drop Dead Gorgeous. A phenomenal pre-9/11 satire that somehow captured what little town life in Minnesota could be, the wildness of the pageant circuit, and starred icons Kirsten Dunst, Amy Adams, Brittany Murphy, Ellen Barkin and Allison Janney. It was a staple in my college years, and I still quote it non-stop. I just loved how it poked fun at so many American traditions and hobbies, and spoiler alert, the good guys win in the end.

Magnolia. It's my all-time favorite film, but I can't watch it often or I'll be in a pit of despair. I'm a huge fan of Paul Thomas Anderson and how he manages to weave together six to eight characters' storylines so beautifully and effortlessly. Magnolia touches on the sadness of lost childhood, fractured families, arrested adulthood, all with this gauzy Hollywood broken dreams backdrop. The cast is about as good as it can get, and I still think Tom Cruise was robbed of an Oscar. And I love how the soundtrack is its own character—it introduced me to classics like Supertramp and made me fall harder for Aimee Mann. It's a movie that makes me feel for bad people, which isn't an easy feat.

A Long Strange Trip. As a Deadhead, I spend A LOT of my time listening and talking about all things Grateful Dead. What I love about this six-part series is it manages to not just get in to the history of the band and their ascent into rock 'n' roll history, but it delicately touches on the humanity of the people involved, both in the band and on the road, showcases why it is so easy, even 50 years later, to get on the bus. There's a lot to learn from a band who've been dangerous, cutting edge and this wildly successful for decades.

"You're a virgin who can't drive." "That was way harsh, Tai." This scene between Tai and Cher in Clueless is probably my favorite quote, and I say half or the full thing at least once a week. Including this here is a bit of a cheat, but really I quote about 50 percent of that movie as it's one of my all-time faves and I saved it for this vs. the previous question because I love the quotes so much. I use them pretty frequently and it's a huge bummer when I speak to someone who hasn't seen the movie and doesn't get them.

Hands down, Hitchcock's Vertigo poster. It's just *beautiful* and simple, and yet manages to capture the film in an amazing way. It was created by Saul Bass, who had a long history of custom graphics for film titles, and was responsible for a great deal of branding in Hollywood. I love how he didn't just make a poster, but really brought a brand to life with Vertigo. There are different color versions and a few other pieces of collateral that were used in the promotion of this film, but I am really obsessed with the orange version with the couple outlines intertwined within the circle graphics. 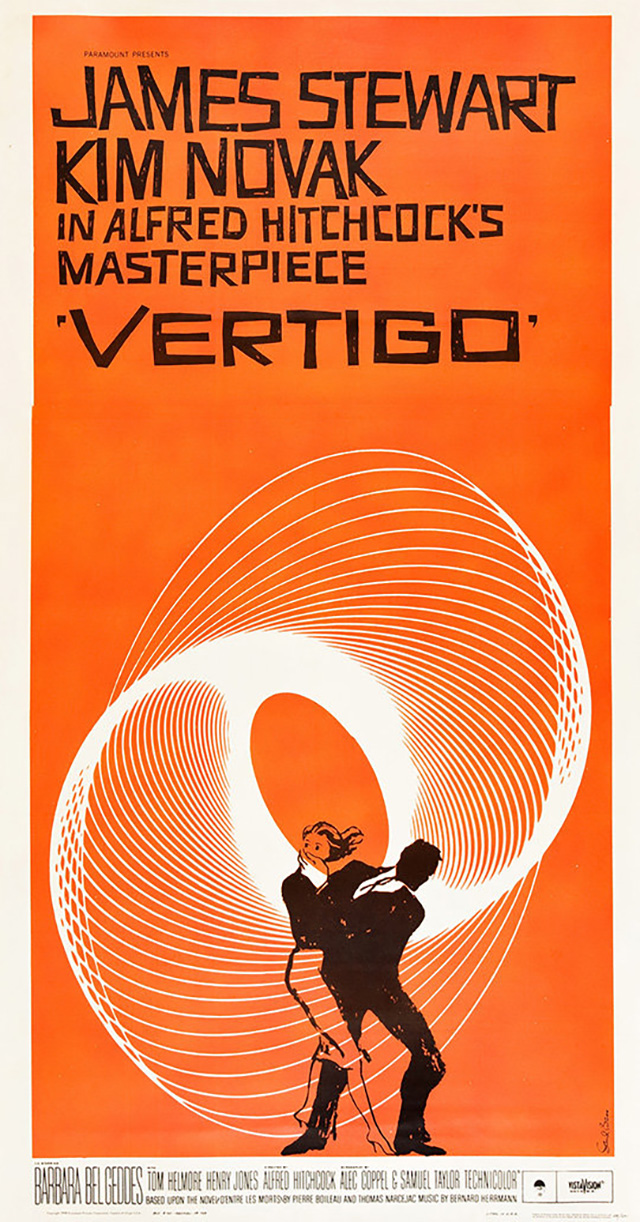 Is Seinfeld old enough to be considered classic? If so, then that's it. I've watched the series all the way through about 25 times, if not more. I'm a Larry David fanatic, and I love the look at old New York with these dysfunctional adults. It's also a guest-star goldmine. I probably quote this more than Clueless.

A recent TV show I fell for is Succession. Great family drama mixed with political drama. I became obsessed with the series in the early moments of Covid, and can't wait for the next season to see what happens with the Roys.

"True Name" for Mastercard. It is the most important project that I've ever worked on, and frankly, I know I might not work on another project of this magnitude in my career. For those unfamiliar, Mastercard launched a first-of-its-kind feature for credit and bank cards that benefits the transgender and non-binary communities, offering them not just secure payments, but secure piece of mind when they have to present their cards.

The idea came from a pretty basic Pride brief, but due to an amazing creative at McCann, Lucas Crigler, we were able to take a very real life experience that translated into a powerful insight that led to partnering with Mastercard to find an actual solution.

Launching a product that impacts people's lives like this is pretty amazing, but I am also really proud of the work that surrounded the product—the partnership with New York's Human Rights Commission and the creation of Acceptance Street, as well as two years of steady storytelling from the communities that needed the product. Mastercard challenged the industry in an amazing way and brought banks and credit unions on board. The work did quite well with awards, but the real win for all of us was to make a thing that improves so many people's lives.

Lots to mention, but I really dig how Dove has challenged the beauty industry again and again. For years, they've been focused on bringing reality back into beauty advertising, with their No Digital Distortion revolution. I love how they showcased this in their Reverse Selfie spot and #TheSeflieTalk campaign. Seeing all the things that girls do themselves on social media, or see in their feed, was startling. But I appreciated that they followed this up with communication kits that could be used by parents and schools to address the realities facing our girls right now. Dove also just launched this work to combat natural hair discrimination, which is another way they are shifting the game.

I love how the emerging platforms in the space have really helped democratize content creation. Think about TikTok—basically you have this platform that helps you shoot, edit, develop sound, add graphics and distribute unique content all from the comfort of your own home. This has leveled the playing field in who is creating content, and who is influential in the space. I'm really excited about the different types of storytelling that will come with new folks in the space, and how it's already shifting how we develop content promoting other forms of media (e.g., TV, streaming, films, albums).

Probably either a teacher/professor or a contractor/interior designer.

Backstory is a regular Muse series, publishing on Fridays, where we chat with folks in entertainment marketing about their creative inspirations, favorite movies, video games, trailers, posters and more. To learn more about Backstory or our Clio Entertainment program, please get in touch.