Plus, a sampling of his favorite spots 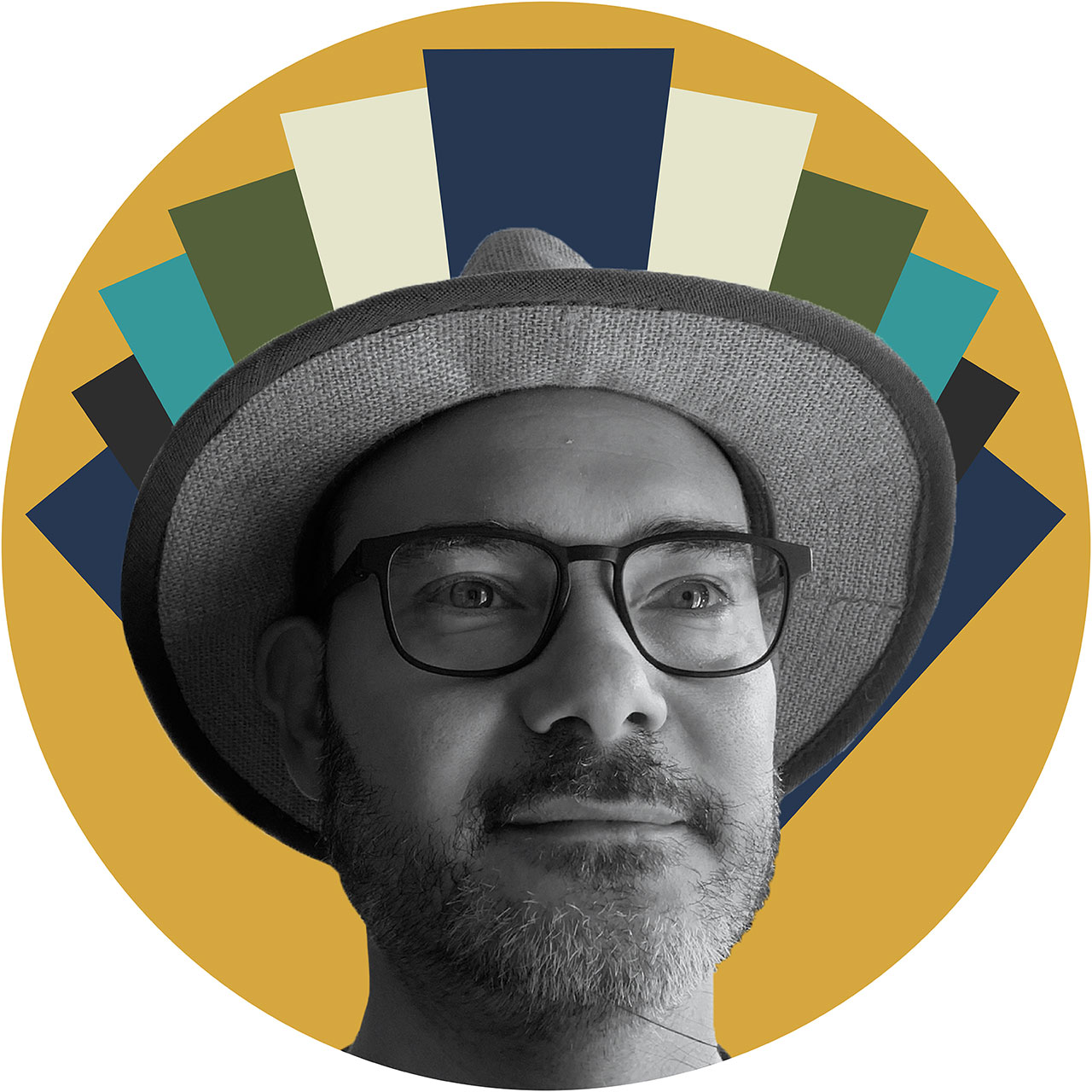 A veteran in streaming, Joe joined Northern Lights after a five-year run at Prime Video, where he was the first creative director of AV, hired in the studio's early startup days. During his tenure at Amazon, Joe launched over 20 original series, served as a Promax speaker and worked on award-winning campaigns for top-rated shows including Hanna, Sneaky Pete, multiple seasons of Transparent, Goliath, Bosch and The Man in the High Castle, which won two Grand Clio awards.

Fun fact: While creative director at Lifetime, Joe had a major impact in elevating the brand and helped the network win its first-ever Clio for a Lifetime Original Movie for the film Big Driver.

We spoke with Joe for our Backstory series, where we chat with folks in the entertainment industry about their creative inspirations and more.

Born and raised in Manhattan. I moved to L.A. about seven years ago … after finally learning how to drive.

My first job came while I was still at the School of Visual Arts, offered to me by my portfolio teacher, who was an art director at MTV. He offered me a freelance motion graphics job there, which was amazing, but there was a catch: I had already paid for a spring break vacation to the Bahamas and this job fell during my spring break, so I had to make a choice. I chose the job over the vacation and never regretted it. The work I created at MTV really did help me to get my next position.

While working at USA Network as a motion graphic designer, I pitched myself for a position that didn't exist at the time at USA—which later became known as a "preditor" in the industry. I realized I could save the company over $100,000 a year based on knowing what a friend at Syfy had saved them as a "preditor," and after years of doing graphics for promos, I also wanted to have more creative input. It's how I became USA's first writer/producer/editor. This moved me out of design and set me on my path toward creative director for series launch and brand campaigns.

Goodfellas. A film that has one memorable iconic scene after another—from the open when he's a kid, to the Copacabana Steadicam scene, to the prison section, to the frenetic coked-out climax. It's endlessly rewatchable with an amazing soundtrack. It's a movie you can come into at any point and it will still pull you in. We also wouldn't have one of the best shows ever, The Sopranos, without this film.

Pulp Fiction. Few works of art change the course of a medium forever and Pulp Fiction had that effect on film, especially in the years that followed its release. It's another film with iconic scene after iconic scene. Samuel L. Jackson should have won an Oscar for this one.

Annie Hall. First of all, I love it for the flashback scene where the young Woody Allen character meets an old cousin named Joey Nichols, who says to him, "You can always remember my name; just think of Joey 5 Cents!" and he slaps a nickel on his forehead and then the young Woody Allen character looks to the camera and says, "What an asshole!" Of course, joey5cents had to become my first AOL email address. The real reason I love this movie, though, is because whenever I watch it there's always a new line or scene that resonates differently with me depending on where I am in life at the time. The film creates such a bittersweet sense of nostalgia. It's also interesting to note that it's a movie that was truly shaped in the editing room and could have been a totally different movie in a different editor's hands—something I learned in the book When the Shooting Stops ... the Cutting Begins.

It's from the French film La Haine that I used as my quote in my high school yearbook: "How you fall doesn't matter. It's how you land." It's still a pretty good life philosophy.

A Serious Man. It opens with a drum beat under the studio logos that turns out to actually be coming from a man's head being slammed against a wall repeatedly. It's so surprising and sets the tone and beat for the rest of the trailer. The rest of the sounds then get introduced organically from the footage that then stick around to create a musical cacophony, which builds and crescendos into one of the best stop down bites ever at 1:12 that I just think is so brilliant.

Pulp Fiction. By today's standards there's parts of this trailer that feel a little rough, but the first 20 seconds playing off the expectations people had at the time for a new Miramax film off the heels of a Palm D'Or win was a genius and hilarious misdirect for the most subversive film of its time. The jarring music changes are also breakthrough. The trailer, like the movie itself, feels like a mixtape, and makes you want to watch it again and again.

The Revenant. This trailer still gives me chills when rewatching it. It grabs you from the start and doesn't let go. It's a masterclass in using sound design to build tension with only one audible bite in the whole trailer: "I'm not afraid to die anymore. I've done it already." It's the perfect bite to sum up the whole film. The rest of the bites are subdued like you are in a dream. But what I love most about this trailer is at the 1:05 mark when the sound of deep breathing is introduced and continues throughout the rest of the trailer as part of its build.

Breaking Bad. Not an original answer but Breaking Bad was, and still is, the best show I've ever watched. It really stuck the landing. Perfect from beginning to end. It also does the thing that I think makes for the best shows, where each episode really has its own beginning, middle and end. The episodes work like little movies, but also work perfectly within the larger, continuing storyline.

Feel Good. Currently watching Feel Good on Netflix with my wife and it's the perfect end-of-night show to watch together. It has enough emotion and heart to feel meaty, but also has its share of humor and clocks in at 30 min an ep.

Amazon Prime Video, "Jump In" :30 brand spot. We only had 30 seconds to sell three new shows coming to Prime Video, and while split screens have been used a lot lately, I think these splits feel fresh. We used them as a way to showcase more of the characters in a short amount of time so there was a good reason for the splits beyond just being a stylistic choice.

Paramount+ UEFA Champions League :20. I am very proud of some of our recent series launches and brand spots, but I think in some ways it's easier to do a successful longer length piece with all that time to deliver a story or message, so I wanted to show this :20 we did for Paramount+ which aired in the Super Bowl pre-game for UEFA Champions League soccer instead. I'm proud of how cinematic we were able to make a spot with just regular game footage and were able to pack in so much emotion in just 20 seconds. In promos, just like in soccer, every second counts.

I love this Apple Original Series brand spot, which uses the sound of the Mac keyboard to type on its copy as a nod to the company's origins. From there, this copy-driven promo sets up each of the streamer's new series with a single sentence but then adds another word to the sentence that transforms the logline into something more original and special. It all builds to the final copy line, "An Original," with the word "Apple" added to it, to become "An Apple Original."

With competition for viewers becoming increasingly more difficult and the need to grab people's attention instantly and hold them becoming the benchmark for a successful spot, it feels more and more like you can take bigger swings and be even more innovative. Clients are becoming more willing to take chances and not play it so safe.

I also love how data and targeted ads give us the opportunity to market a show to different people in many different ways. Instead of one promo for everyone, we can make three promos, each for a different target audience, which from a creative perspective is so much fun.

Film director. I fell in love with movies as a boy and almost went to college to be a film director but ended up following my older brother Josh Nichols into the world of promos because it looked really fun and creatively fulfilling. Josh is now a creative director at Fox Sports, and it is still entertaining to us that we ended up in the same town with the same job title. In art school, I fell in love with the idea of being able to create emotion and tell short stories through images and music and it's something I still love to this day.