Plus, why entertainment marketing creatives can 'get a little crazy' today 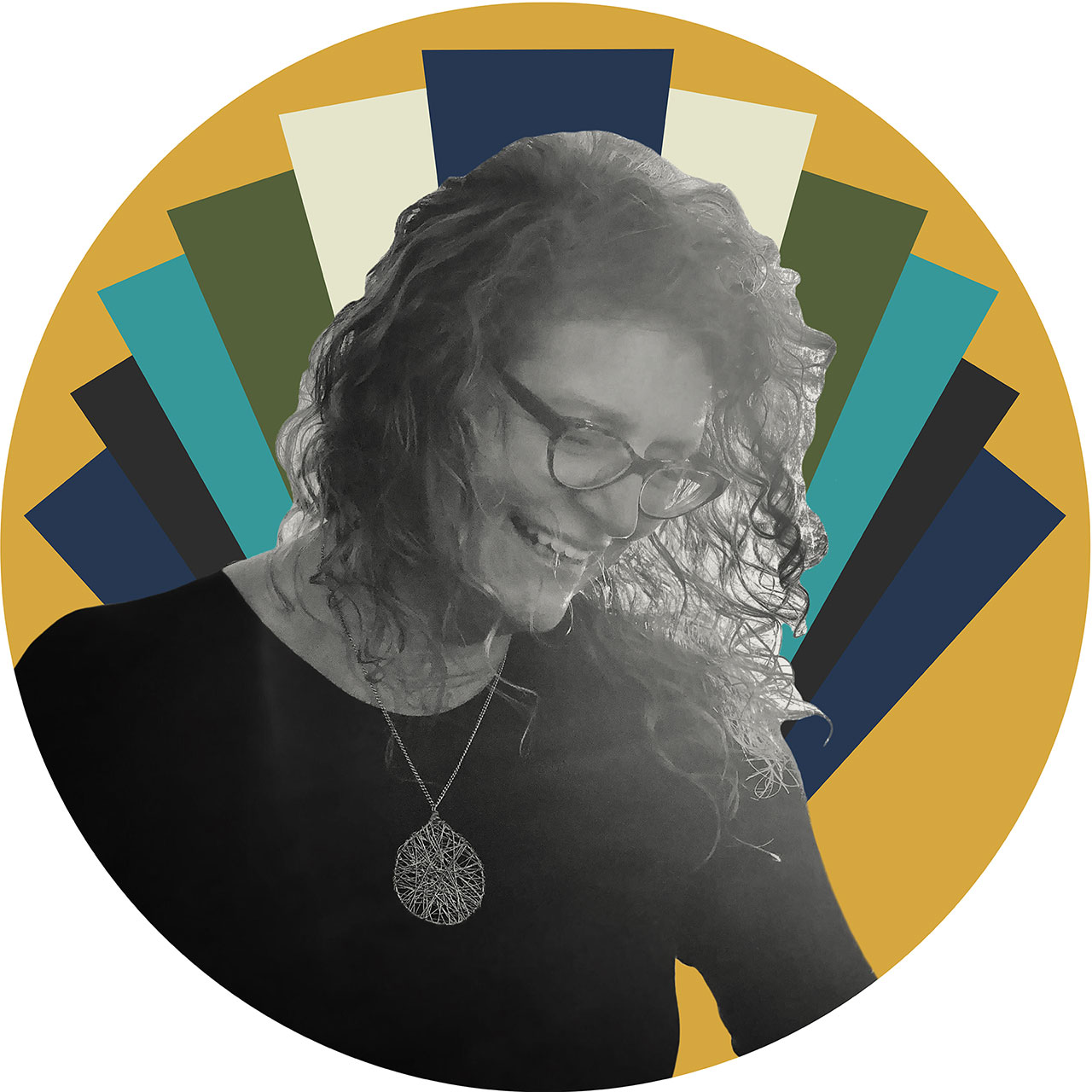 Crystal Hall, VP/creative director at Definition 6, is an award-winning creative executive who has driven development for more than a dozen rebrands, digital experiences and cable channel relaunches, including Showtime, FX, The Movie Channel, Smithsonian Channel and truTV.

Prior to joining Definition 6, Hall founded and ran two creative agencies, Specter Hall and Spark+Sizzle. Before that, she spent 10 years as VP/creative director of network branding and design at Showtime Networks, where she led six network rebrands.

We spoke with Crystal for our Backstory series, where we chat with folks in the entertainment industry about their creative inspirations and more.

I was born in Newburgh, New York, just 69 miles from where I now live in Battery Park City, but it took me over 30 years to get back here. Along the way, I grew up in Oklahoma City; went to college in Denver and Norman, Oklahoma; explored Boston; had a trial period in NYC; a quick detour through Dallas, and then NYC finally stuck the second time around. My parents were both performing in summer stock theater in Wallkill, New York, when I was born. My family soon returned to Oklahoma to put down roots and I have been looking for ways to make it back to New York ever since.

The first time I lived in NYC after school, I was lucky enough to get an internship at Videoworks, a production company in midtown. There, I learned to use a Quantel Paintbox and a Harry—does anyone remember that equipment?—and I was hooked on this thing called broadcast design.

At Showtime, I worked with visionary creative director Tony Castellano. While we were working on an in-house campaign, "No Limits," he taught me the power of a good track and an excellent edit to sell through an idea. My head exploded with the implications of that. I have never approached a project the same way since.

Sound of Metal. This film drew me into Ruben's world and changed the way I experience sound.

All the Harry Potter films. Pure escapism and excellent adaptations. As a reader, I appreciate the care that went into getting the narrative just right.

"You want to go home and rethink your life." —Obi-Wan Kenobi, Star Wars Episode II: Attack of the Clones

I can't stop at just one poster when there are so many to love, but here is a set of posters for Saint Maud that I particularly like. It is interesting to me that these are from different studios, yet they hang together as a set. This seems inspired by how Netflix rolls, where having multiple posters is directly related to their secret sauce, targeting multiple audiences through multiple executions. 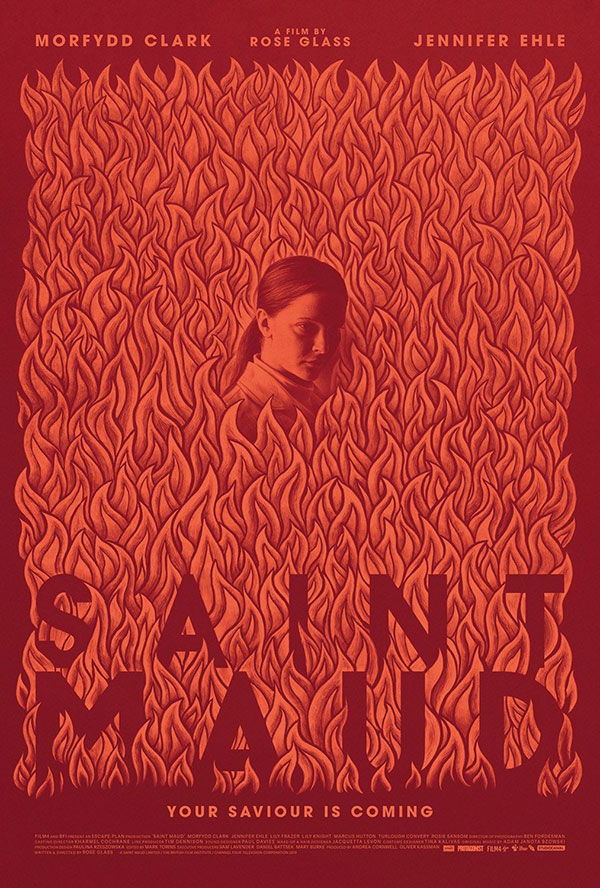 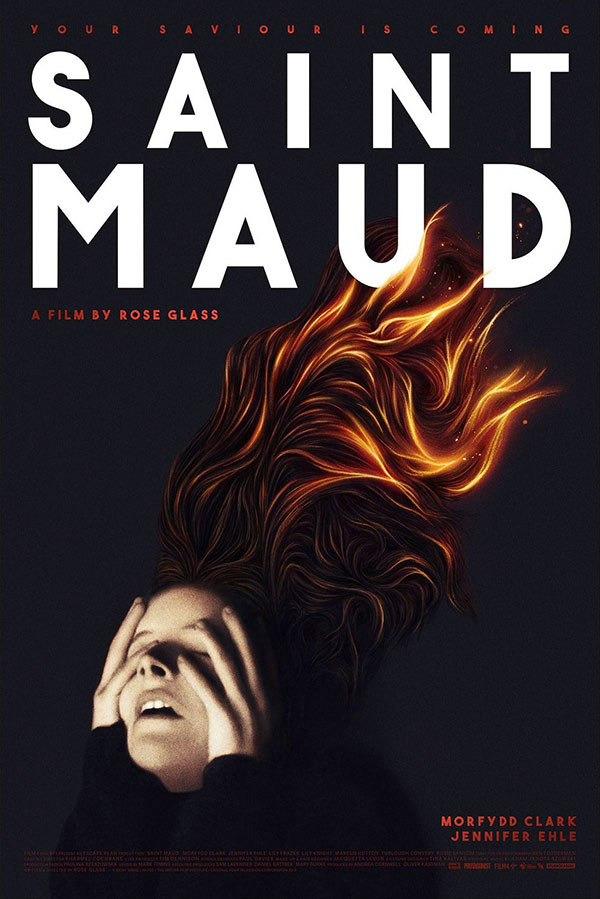 Is something "classic" if it's five years old? I fell in love with Designated Survivor right before the 2016 election and watched it avidly through the series finale in 2019. I don't know why. Political escapism, maybe? Recently, there have been so many good shows as the streamers hit their stride: Good Lord Bird, Homecoming, Mare of Easttown, and of course The Mandalorian. Cinematic quality is becoming the norm for episodic series.

Before joining Definition 6, I collaborated with my friends at Girl Band Creative last summer to do a high-concept A/V campaign for the indie film Centigrade on IFC. It was great to work on such an interesting, intense film—and it inspired really unique solutions.

I'm a big fan of the experimentation and unique storytelling of Apple commercials. I love how they use multiple types of production to tell the story of so many different products, yet they all work together. They are held together by their similar, insanely high production quality, flawless editorial and perfect sound curation.

There is so much content to promote right now, which has created an amazing environment of possibility. Creatives have the incredible opportunity to experiment and get a little crazy, as a way to break through the clutter.

If I weren't in entertainment marketing, I would be doing straight design work and … gardening. Maybe there is a way to combine both! A design and gardening studio??