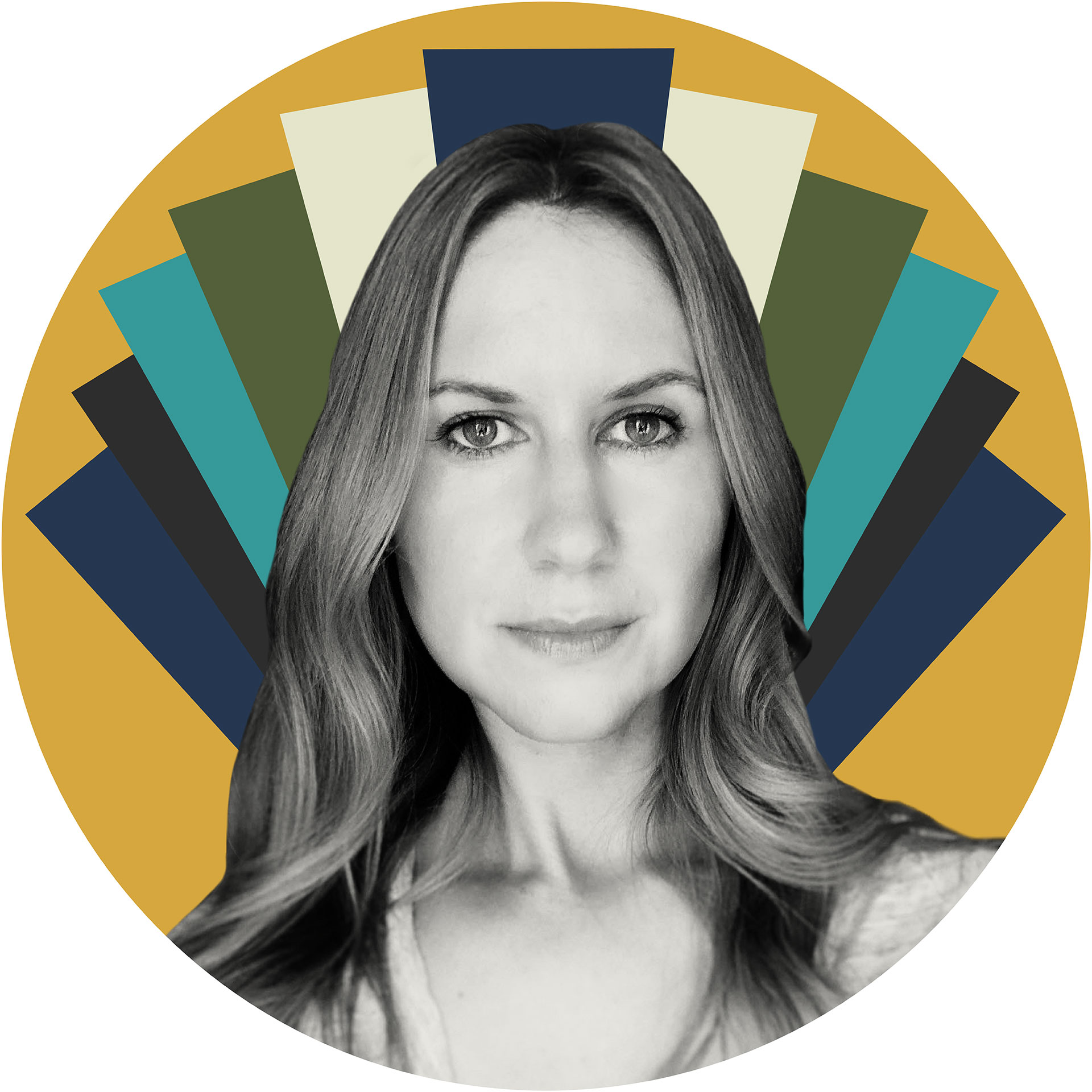 Rebecca Button is a senior art director for theatrical print and has worked at BOND since 2018. She began her professional career in 2012 and since then has worked on a wide range of campaigns for both television and film, including Wonder Woman 1984, Game of Thrones, Watchmen, Westworld, Joker, Blade Runner 2049, Jumanji: The Next Level, Spider-Man: Far From Home, Promising Young Woman and the Emmys.

Though her path to this industry was unconventional, her love of art and movies eventually led to her discovering a passion for creating key art. The idea of compelling people to take interest in a story with a single image and a couple of words is a challenge she continues to embrace and enjoy throughout her career as a designer.

We spoke with Rebecca for our Backstory series, where we chat with folks in the entertainment industry about their creative inspirations and more.

I was born in Twentynine Palms, California, on a Marine base, and despite having lived in six states and three countries since then, you'll currently find me less than three hours away from there, in the heart of Los Angeles.

I created key art for sell sheets, or promotional fliers, for Myriad Pictures as a freelance designer.

I feel like I should highlight two because they're both pretty important to me. The first breakthrough moment was when I finally realized I wanted to design movie posters for a living. I'd been on a path to pursue my initial interest of becoming a criminal profiler, but after graduating college with a criminal justice degree, I found myself hesitant to follow through with that goal.

Despite having always had a great interest in film and TV and occasionally attempting to draw portraits of various actors and musicians as a creative outlet, doing a creative job just didn't seem plausible for me. But after floundering a bit doing various jobs, I began to take notice of movie posters. I was intrigued by how artful, inspiring and memorable they could be and how they embodied two things I really enjoyed, art and movies. I decided at that point I wanted a creative career that I was passionate about, and movie poster design was the little seed that got planted and eventually cultivated with the love and support of my family.

The second moment was getting hired at BLT Communications in 2012, three arduous years after I set out to pursue my goal. I was so excited, I literally jumped up and down! It was the moment I was given the opportunity to break into this highly competitive industry and the chance to cut my teeth alongside some of the most talented creative people I've ever met, many of whom I'm forever grateful to for imparting their guidance, wisdom and knowledge over the years.

Without these moments, I wouldn't be where I am today—with yet another amazing agency, BOND, that continues to encourage my growth, positively supports me, and gives me the ability to continue to work on incredible properties with wonderful, inspiring people.

In the Mood for Love. Wong Kar Wai is a master at creating a mood and capturing a feeling. This film is so artful, evocative, dreamy and beautiful. I adore the early 1960s Hong Kong setting, the music and the way complex emotions are communicated despite very little dialogue.

Clue. The guilty pleasure. I've watched it countless times and practically know all the dialogue by heart. It's brimming with jokes and innuendo delivered expertly by a legendary ensemble cast. It's dark comedy at its farcical, silly best. I'm smiling just thinking about it.

Finding Nemo. Taking risks, breaking out of your comfort zone and navigating the unknown can be difficult and scary, but it can also open your world up to some amazing and beautiful things. I can really relate to that, having pulled a complete 180 turn with my career trajectory. Pixar took that big idea and wove together an unforgettable story with gorgeous environments, memorable characters and a lot of heart. What's not to love about that?

Oh boy, I have many favorites, but I suppose Hard Candy sticks out to me because it was one of the first movie posters that made me take notice of posters at all. This surreal image says so much with very few elements and you understand it in an instant. On top of that, it creates an incredible sense of tension, so perfect for this film. As Don Draper from Mad Men once said, "Make it simple, but significant." Man oh man, are these ever advertising words to live by. In my opinion, posters like Hard Candy do just that and are a cut above the rest. 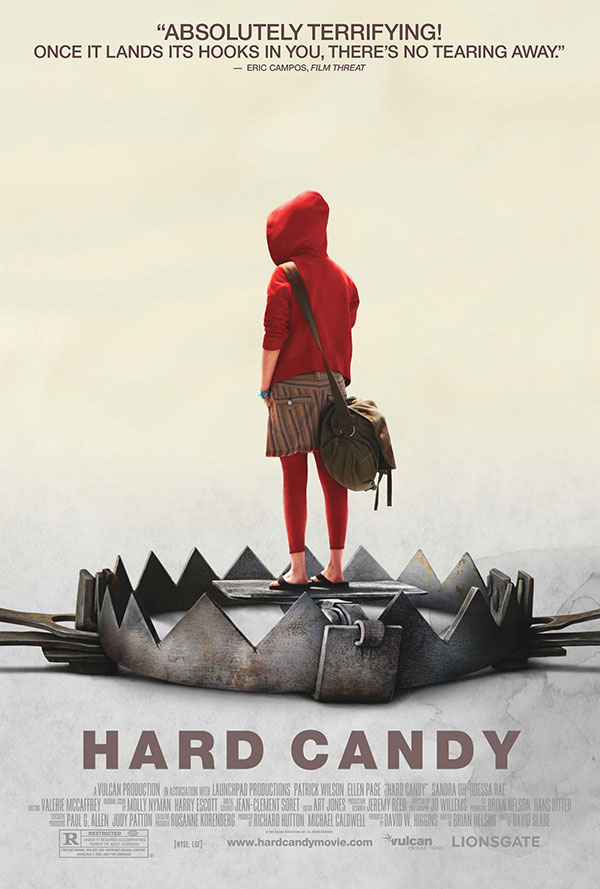 The Golden Girls. This show is lightning in a bottle and timeless as can be. No one delivers one-liners like those ladies. They put the zing! in zingers.

Ted Lasso. I think my heart grew three sizes watching this show. It's warm and genuine and a great refresher on how we should all treat one another. I highly recommend it.

Wonder Woman 1984 was a project I was fortunate enough to briefly work on this past year. The reason I love this one so much is because I got to collaborate with the man who designed one of my all-time favorite posters (see above! Hard Candy)—Patrick Dillon, one of the founders/owners of BOND. Together, with one of our amazing creative directors, Joey Samaniego, and one of my favorite senior art directors, Jane Yun, we created a poster I'm really happy made it out into the world. 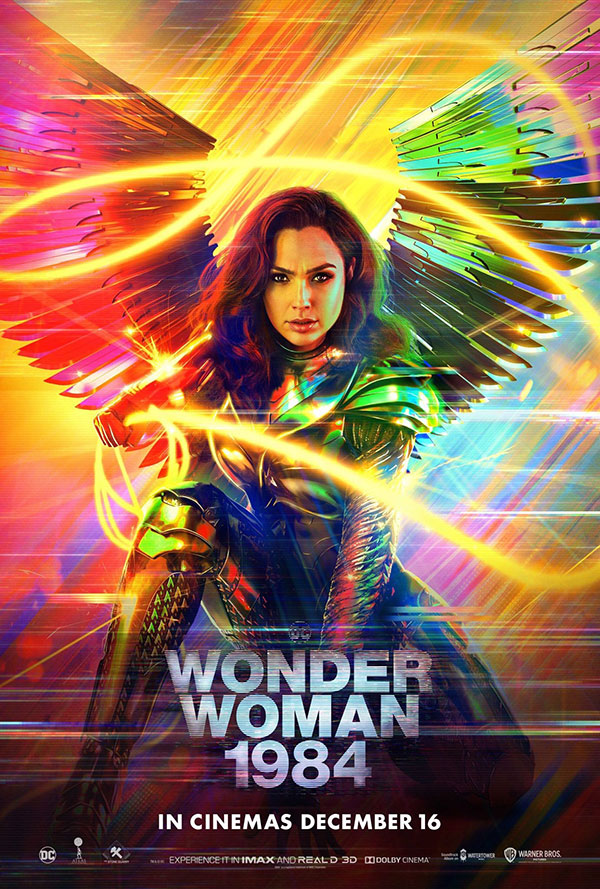 This poster for American Skin by Gravillis stopped me in my tracks when I saw it. It's artful, but more importantly, it's incredibly powerful. I also really appreciate how the type design is worked into the art and supports the overall concept. 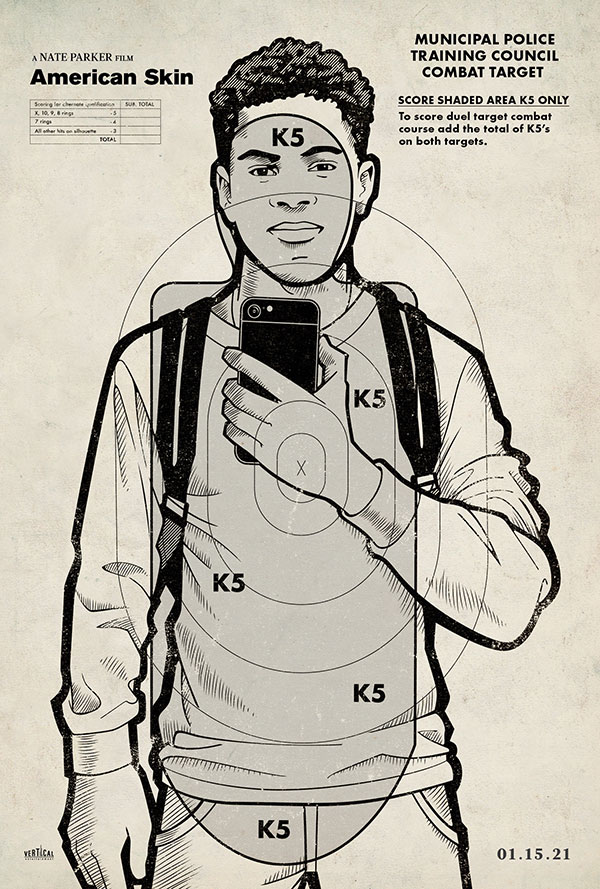 Seeing how our world is changing to lean into digital formats poses an interesting question for work like ours that is traditionally physically printed. Formats nowadays are ever changing and varied, and it's a new challenge for us to figure out how to best utilize these new spaces. The most recent example of this is NFTs and the sale of digital art/media. I've read recently that Legendary Pictures is going to be the first studio to release official "digital only" special edition posters for Godzilla vs. Kong. It will be fascinating to see if and how this type of thing molds the future of entertainment advertising.

Look. I totally get how ironic it would be, but honestly? I think I'd take another swing at that criminal profiler thing.