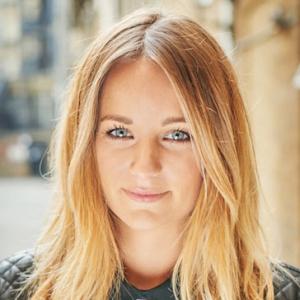 For more than nine years, Hayley has been building a strong reputation as a strategic account director, and now vice president, specializing in experiential marketing. After joining Sense London in early 2015, she was soon given the opportunity to lead on several of the agency's flagship accounts, including Molson Coors and The Economist. During this time, Hayley and the team devised a unique strategy for The Economist which resulted in the agency picking up several industry awards—including Best Long Term Strategy at the MAA's Best Awards and Best Direct and Promotional Strategy at The Drum Awards.

Before joining Sense, Hayley worked for a number of leading agencies in London. She worked with a diverse mix brands including American Express, Nestlé and Virgin Media. Notably, Hayley had the opportunity to complete a secondment with Coca-Cola, where she worked alongside the sponsorship team, gaining invaluable in-house experience.

In 2016, Hayley formed part of the winning pitch team to handle the North American business for Sense client The Economist, and became a founding member of Sense NYC.

A pleasure to work with, Hayley is a bright and outgoing vice president who combines creativity with determination and a dedication to succeed.