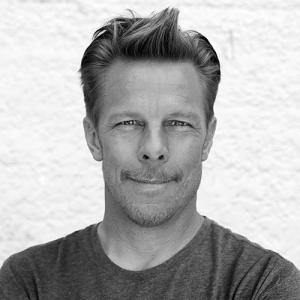 Frank Donner is founder and CEO of BLKBX Creative Group, a digital marketing agency based in Hollywood.

Frank Donner is the founder and CEO of BLKBX Creative Group, a digital marketing agency based in Hollywood. BLKBX has crafted some of the most successful promotional campaigns for leading films and television shows, including Once Upon a Time in Hollywood, Abominable, Angry Birds 2, Zootopia (Clio Award winning), Fantastic Beasts and Amazon's Goliath.

Frank's passion for mentoring young talent in the field of entertainment and marketing, has allowed him to take charge of the company's brand by selecting some of today's brightest industry talent.

Frank's strong commitment to education in the industry has included annual speaking presentations at UCLA's, Anderson School of Management, MDE Graduation, from which Frank was also a graduate; involvement with Fulfillment Fund's Mentorship Program; participation at 2018 SXSW Mentorship Roundtable; 2016 SXSW Interactive; 2016 NCORE (National Conference on Race & Ethnicity); 2015 SXSW V2V Mentor Session; and as a Panelist for Latino Media Visions' Independent Filmmaker Series. An Oscar-nominated producer for his documentary Deliver Us From Evil, Frank continues to serve as an active member of the Producer's Guild of America, while continuing to expand the rapidly emerging BLKBX digital marketing agency.

As an entertainment professional, both as an accomplished executive and film producer, Frank began his career by studying with Stella Adler alongside Mark Ruffalo, Salma Hayek and Benicio del Toro.