Earlier this year, Makiné partnered with Audible to create an animated trailer for The Big Lie, a cinematic seven-part original podcast about the making of Salt of the Earth—the only movie named on the "Hollywood Blacklist." The series was created and written by John Mankiewicz (House of Cards; Bosch; House, M.D.), and stars Jon Hamm, Kate Mara, Ana de la Reguera and more.

Our creative studio was brought on to help develop and produce the trailer, teaser, key art and select social media content to visually capture the world in which the show is set: 1950s Hollywood at the height of the Red Scare.

Working closely with Audible senior creative director Christian Martillo, we set out to create a piece that would convey this audio drama series with the same grandeur you'd see for a blockbuster film or TV show.

A hard-boiled Western noir is born.

Since we were creating a trailer for a show that's purely driven by audio, our first step was to select and edit together sound bites that would work best for the dramatic narrative arc that we wanted. This was followed by the script for the VO, which drew from the traditional scheme of trailers of this genre. With the audio foundation in place, our design team was able to develop the visual narrative to support the concept.

Conceptually, we delved deeply into film noir glamour, 1950s espionage, and propaganda. We also considered the series' twin settings of sunny California studios and dusty New Mexico deserts in our design exploration. After doing a character study, we established guides in a universe that we define as "hard-boiled Western noir."

We wanted to create a feeling of Cold War paranoia without being too on-the-nose with the abstract interpretation. Also, given the current state of world events, we elected not to make any direct nods to Russia, choosing instead to keep subtle notes like the red coloring.

With these images as a starting point and a storyboard of the script, we developed a complete 3-D pre-viz of the piece, which later served as a guide for the layout of the camera.

We chose to use 2.5-D animation, so we could integrate the traditional 2-D elements into a set design that had 3-D volume and depth.

Key frames were illustrated defining the use of four colors—red, orange, white, and black—to mark and give strength to the image. We also created custom brushes in order to provide texture and depth to the different indoor and outdoor scenes.

Finally, the characters were created using cel animation with high contrast and chiaroscuro lighting to accentuate the drama of the image.

The last, but certainly not least, element we needed to make this trailer feel perfectly aligned with the tone we wanted, was to find the right voice for the VO. A search for voiceover actors was put in place, and after listening to dozens of auditions, we found Jeffrey Hedquist, whose voice and acting abilities were the perfect match for the trailer. To complete the project, we put extra focus on the sound design, making sure that the dramatic moments were highlighted and that the trailer felt as layered and rich as the audio series itself.

We're grateful to the Audible team for entrusting us to push the limits of what was possible with their creative brief and to leverage the same caliber of visual storytelling that you'd expect for any other major tentpole film or program. Our team of designers, animators, illustrators and writers was certainly up for the challenge. We take pride in creating things that are memorable for all the right reasons, and what we created in collaboration with the Audible team embodies all of that.

Art of the Trailer is our essay series about the craft of trailer making. If you'd like to write for the series, please get in touch. Also, you can check out previous stories in the series here. 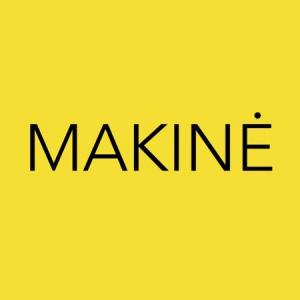