I was raised in a very musical environment. My father is a photographer, my mother was a dancer. Their friends were musicians and visual artists. The records I chose have either an effective impact or an inspiration in my adult life. Hope you like them!

The first record I have a memory of is A Arca de Noé (The Noe's Ark) by Vinicius de Moraes. It is a children's album with the collaboration of the greatest Brazilian artists such as Milton Nascimento and Chico Buarque. Every Brazilian child born in the '80s knows this record from end to end. The cover has these clever animal drawings that you could cut to assemble your own Noe's Ark, which I never dared to do. It was designed by Elifas Andreato, who was responsible for great Brazilian album covers in the '70s. 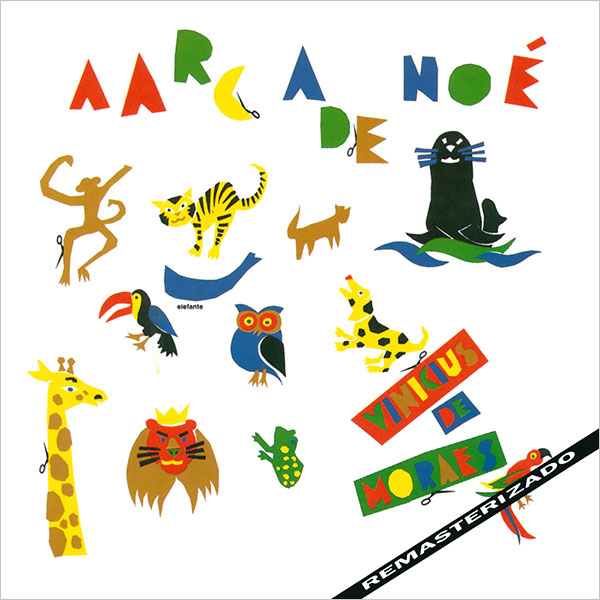 Luiz Melodia was a great Brazilian artist whom my father had the opportunity to have as a friend. His music always played at home. I know the letters by heart so much that I heard in childhood and adulthood. Pérola Negra (Black Pearl) is his first album. Launched in 1973 and present in every good collection of Brazilian records, Pérola Negra has a brilliant cover, shot by Rubens Maia in a Copacabana junkyard. Melodia appears sitting in a bathtub, surrounded by black beans on all sides, with a globe in his hands, as if they were such pearls. Please do yourself a favor and listen to the whole album. It's just perfect. 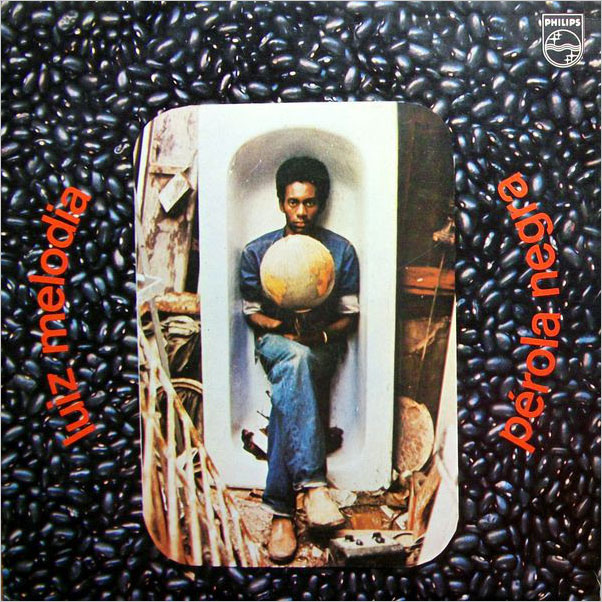 Anyone who doesn't melt with Chico Buarque's music, a good person they are not. One of the greatest exponents of Brazilian music, Chico released this album in 1966, and at that time, he considered himself more a student of architecture than an artist. For this reason, he wanted for the cover a more serious photo, to impose himself more as a composer. The record company thought he was more handsome smiling. The cover, which has "the two Chicos," became a mega meme in 2013. Chico himself joined in the fun to announce his official Instagram account. 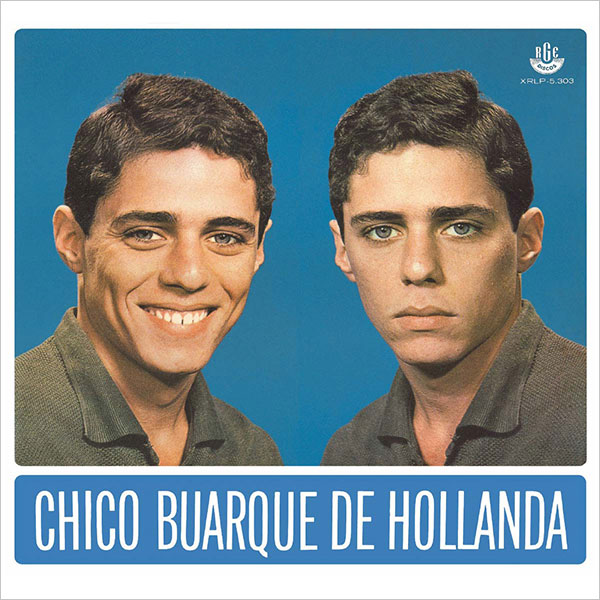 Marisa Monte is one of my muses. Since I was a child, I was enchanted with her black hair and red lipstick. She owns a sweet yet powerful voice. Barulhinho Bom is her third album and first recorded live. In '96, when it was released, I was 13 years old. I remember being impacted by the cover, which was designed by Carlos Zéfiro, a Brazilian comic artist who drew pornographic minicomics. In the United States, titled A Great Noise, its cover was censored with a black stripe. 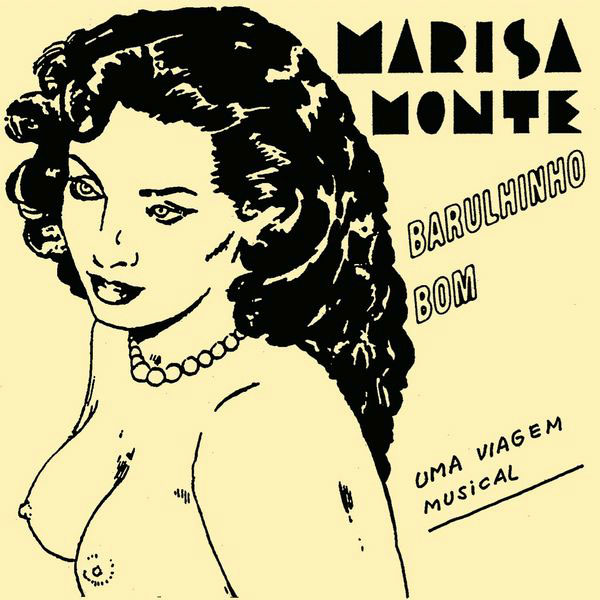 This album is a collection celebrating Tim's 70th birthday, and it was released to the American public. In addition to a large selection of the singer's greatest songs, the cover was illustrated by Sam Weber, who is a songwriter as well. 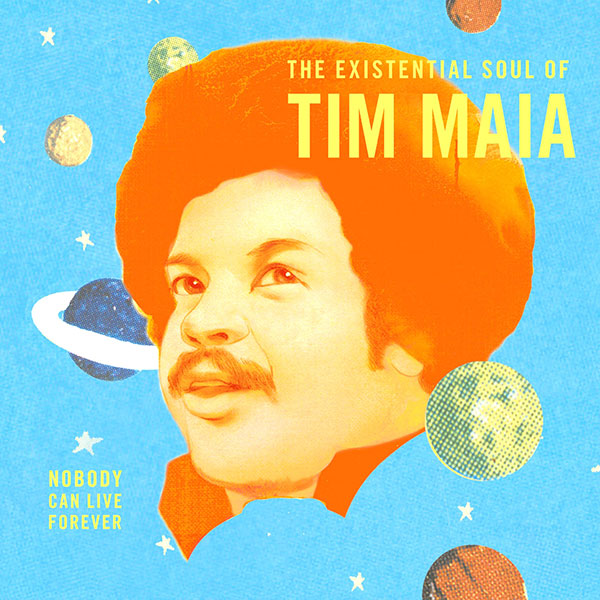 Gilberto Gil's second studio album is one of the symbols of Tropicália, the Brazilian artistic movement that arose in the late 1960s and formally ended in 1968. Despite the cultural effervescence, there was also a defeatist sense. When it was released, Brazil was under dictatorship for four years already. Antônio Dias, visual artist, David Drew Zingg, photographer, and Rogério Duarte developed the graphic design for the cover. Two words are central to the proposed visuality: the pop and the debauchery. The cover is totally irreverent. In the spotlight, Gil gives us a serene look when he wears the uniform of the Brazilian Academy of Letters. 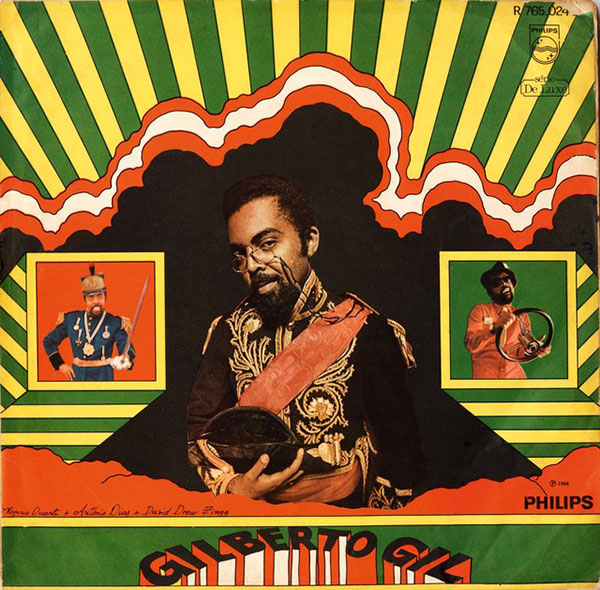 As I mentioned earlier, I was raised in a very artistic environment. My uncle, Jejo Cornelsen, is a great artist and has designed some album covers. I grew up with his drawings around, and at this stage, in particular, he was pretty psychedelic. Despite being a collection without Brazilian music, it is one of his covers that I like the most. 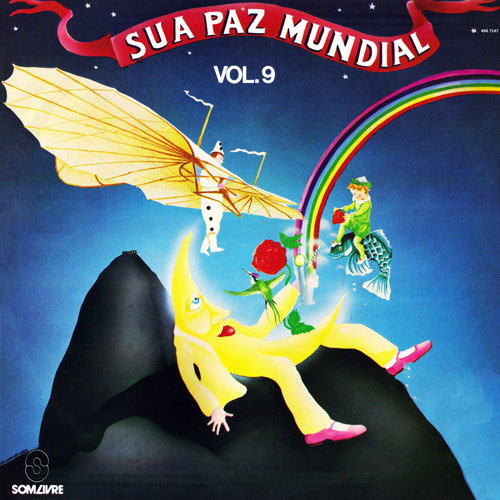 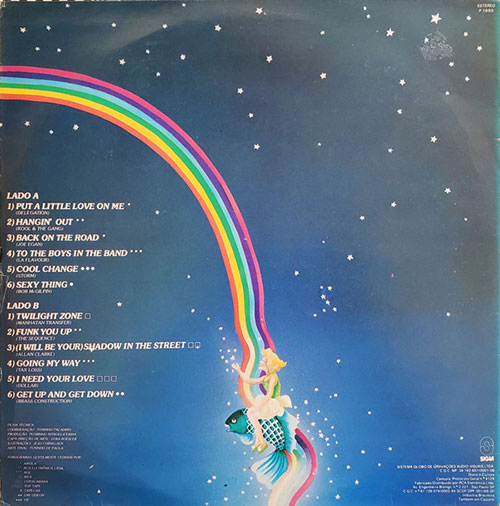 The acclaimed album released by Milton Nascimento and Lô Borges has one of the most celebrated covers to date in Brazilian music. The photograph, taken by Cafi, sheds light on the debate on copyright. Once, she photographed two anonymous boys sitting on the side of a road in Minas Gerais. The photo contains elements that represent the album's sound: the earth, the colors green and yellow, which represent Brazil. Many speculated that the two boys symbolized Milton Nascimento and Lô Borges themselves. Forty years after the album's release, a newspaper found the two boys portrayed in the photo, Tonho and Cacau. Neither of them knew they were on one of the most famous covers of MPB. Today they are in a legal battle claiming their image. 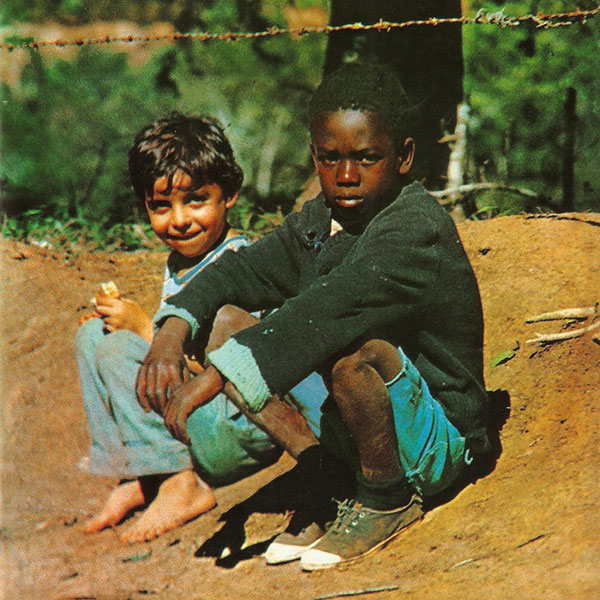 Thiago is one of the greatest artists of my generation. I feel blessed to have him as a friend and collaborator. In 2019 he released his last album, which we worked on together for a series of "live" stills. The concept we came up with: film a still set in which a minimal action happens. You can watch all of them here. As a warm-up for the album, he released a single artwork designed by one of our most exponential young artists, Samuel De Saboia. 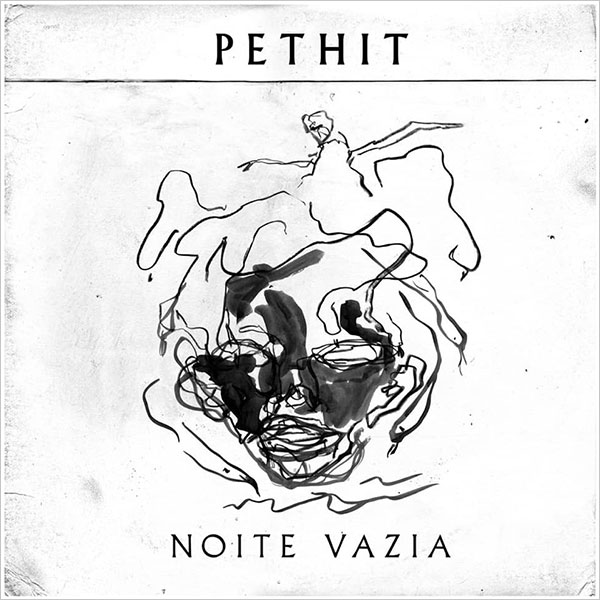 I saved this one for last. This is my band Copacabana Club's first record, released in 2011. It obviously had a significant impact on my life. It was the most intense contact I had with music, and it brought me a lot of joy. The cover was designed by a friend from my hometown, one of the great Brazilian artists, Rimon Guimarães. I'm very proud of this artwork. 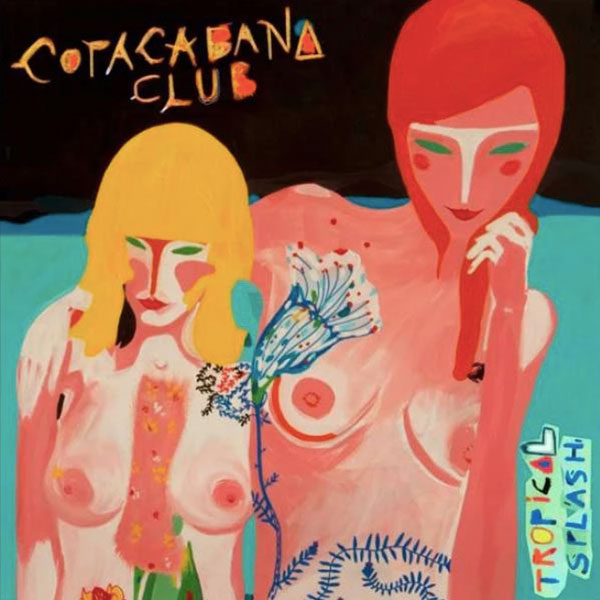 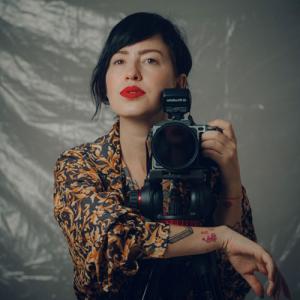 Camila Cornelsen
Camila Cornelsen is a Brazilian director, photographer and cinematographer. She grew up influenced by her dad, a photographer, and by her mom, a producer. After working for a few years in fashion photography and portraits, she studied cinematography. In the last nine years, Camila has directed three feature films, an HBO series, various commercials, music videos and short documentaries. She is represented in the U.S. by Stept Studios.
More from Camila Cornelsen