My parents' collection of vinyl, cassettes and CDs was, in a way, my first record store. Before the training wheels even came off my bicycle, my dad had shown me how his music library was organized and how to use the turntable, cassette deck and CD player (he always kept all three plugged in and ready to go just as I do to this day).

Deciding what to play on a Saturday night when my parents allowed me to "DJ" was a pretty big deal, and I couldn't squander the opportunity. Inevitably, the cover art of an album was half the draw. Opening the gatefold cover of Michael Jackson's "Thriller" as a kid and seeing him posing with that tiger cub got me all amped up before I even put the stylus onto the vinyl. It felt so good to be bad every time I went for the Vargas pin-up cover of The Cars' "Candy-O," and I giggled along with my dad as my mom's eyes rolled at the both of us. I loved asking them about all the people on The Beatles' "Sgt. Peppers" cover while the tracks blared in our suburban Dallas home, and I recall being confused about why the "White Album" cover was just... white. (I get it now, by the way.)

Those early music listening sessions with my family created in me a precocious music lover and forever tied the art of an album to the way in which I experienced its music. Even though I'm a music-streaming malcontent these days when I'm on the go, I still savor the times I get to be at home on my couch, holding an album, taking in its artwork and reading through the liner notes as I listen to it. The ten album covers below are just a small sampling out of many from over the years with which I've enjoyed doing just that. 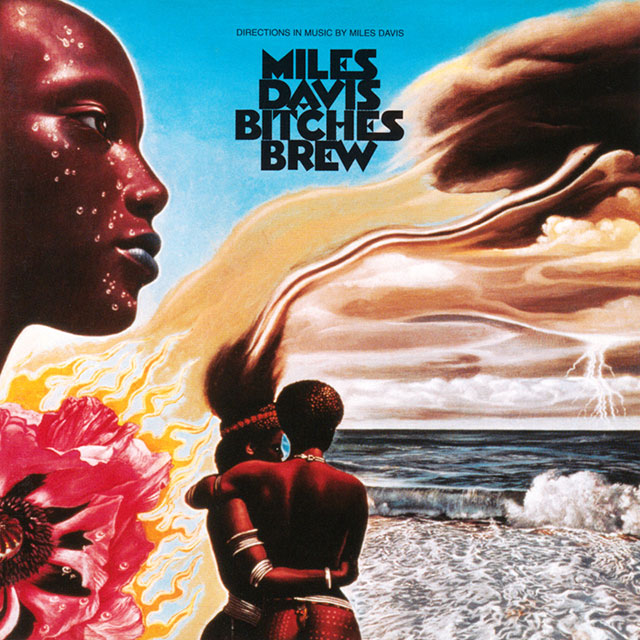 I heard this album for the first time in college, listening to it as a case-less CD with friends in our dorm rooms and out while driving. When I finally saw the striking cover, I knew it was the exact world where this music would have come from. It is surreal. Psychedelic. Perfect. 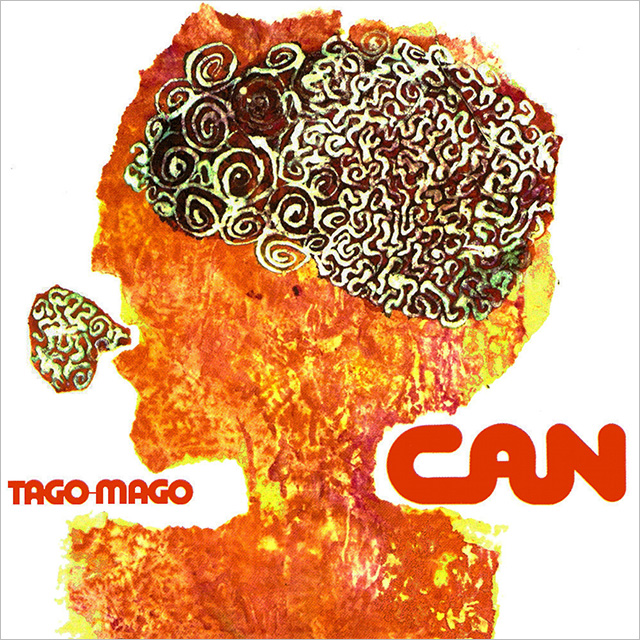 I love this guy. Is he speaking the thoughts in his brain? Is he smoking his brain? Is this the Mushroom Head the singer says he sees on the second track of the album? All I know is that listening to the music on this album makes me feel not too far away from whatever that guy is up to. For any fans of the band, I highly recommend the recent biography: All Gates Open: The Story of CAN.

Daniel Johnston
Hi, How Are You: The Unfinished Album (1983) 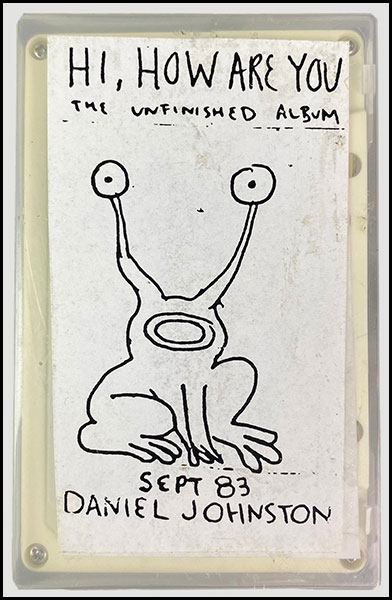 I imagine that like a lot of students at the University of Texas in Austin, I first discovered this quirky album artwork in the form of a mural on the side of a building just off campus. Before long I discovered the creatively bizarre and wonderful world of the artist, Daniel Johnston. All of his early albums, including this one, were self-made on cassette, and he sometimes had to not only redraw the artwork to distribute additional copies but actually re-record the music. Lo-fi DIY at its most brilliant and endearing. If you've never heard of him, the documentary The Devil In Daniel Johnston is a pretty eye-popping introduction. 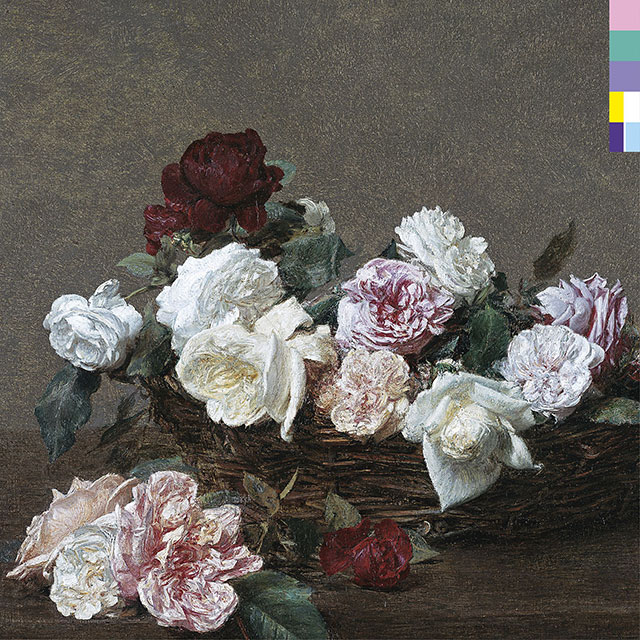 The small graphic of the solid-colored rectangles on the upper right hand corner of this album cover were meant to be used in conjunction with a color-coded wheel on the back in order to decode a message ... which struck me as particularly interactive for 1983! Even without that gimmick, the colored rectangles are a winsome, subtle touch that contrasts nicely with the reprinting of the impressionistic-like painting. The original hangs in the National Gallery in London, and the story goes that Factory Records art director Peter Saville decided to use it for the album cover after his girlfriend noticed it and half-joked that he should. 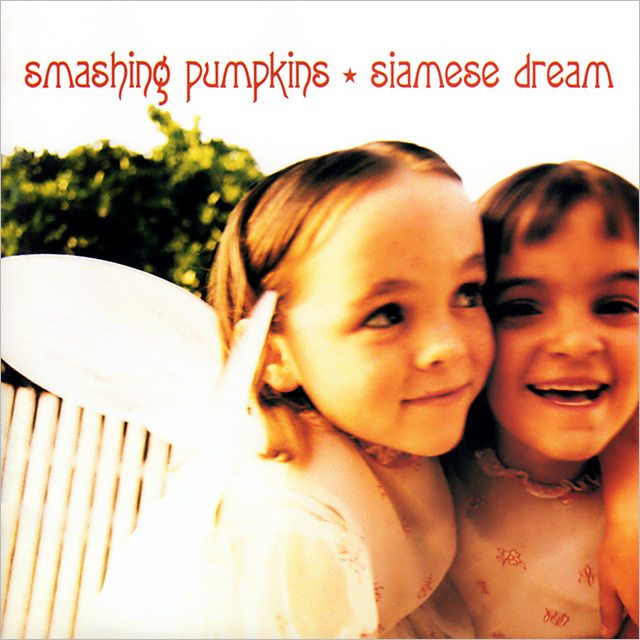 The snapshot on this album cover is so candid and adorable. Not sure what the picture has to do with the music on the album, but both became instant classics upon release. 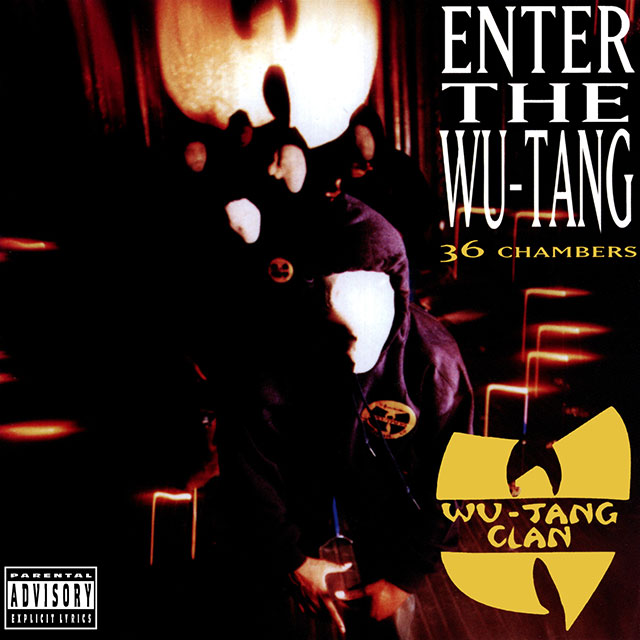 Stumbling onto this album as a kid with my friends felt so forbidden and dangerous because of the scary imagery and iconography of its cover. The masked group members paired with the album name ENTER made me feel like no way, I'm not entering that. And yet I was compelled to and promptly became a fan for life.

Neutral Milk Hotel
In the Aeroplane Over the Sea (1998) 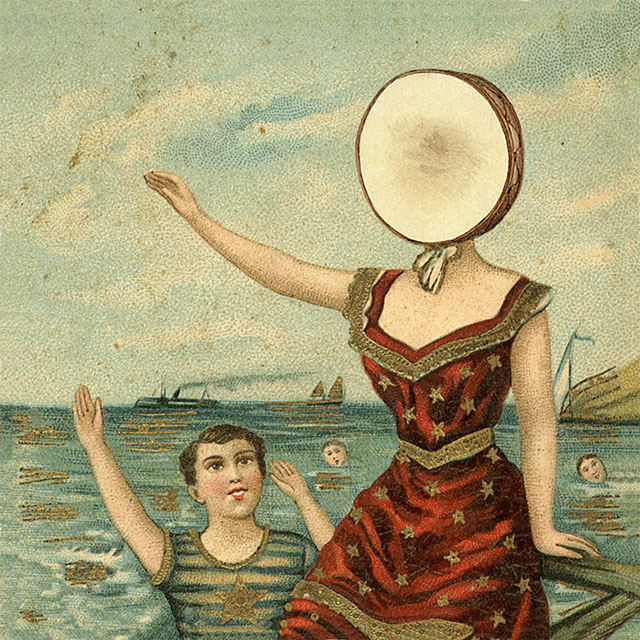 Similar to Power, Corruption & Lies, this is an album cover that was replicated from another work of art, in this case a postcard. To make it unique, the woman's face is replaced with a drum. Because of course it is! I'm actually not the biggest fan of this type of old-timey artwork per se, but somehow the combination of it and the music on the album work absolutely perfect together. 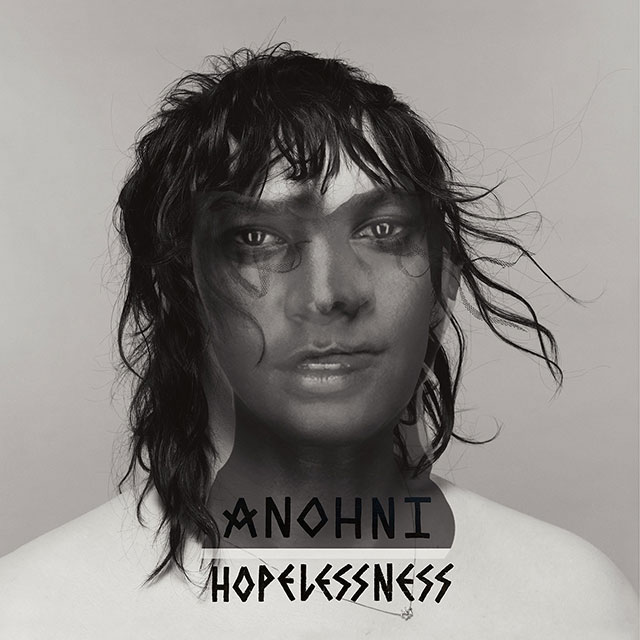 Not to be a downer, but the fragmented self-portrait collage of Antony Hegarty on this album cover hits me like a ton of bricks when considering her story and the lyrics that darkly work their way through this record. Intense and distraught, yet beautiful. 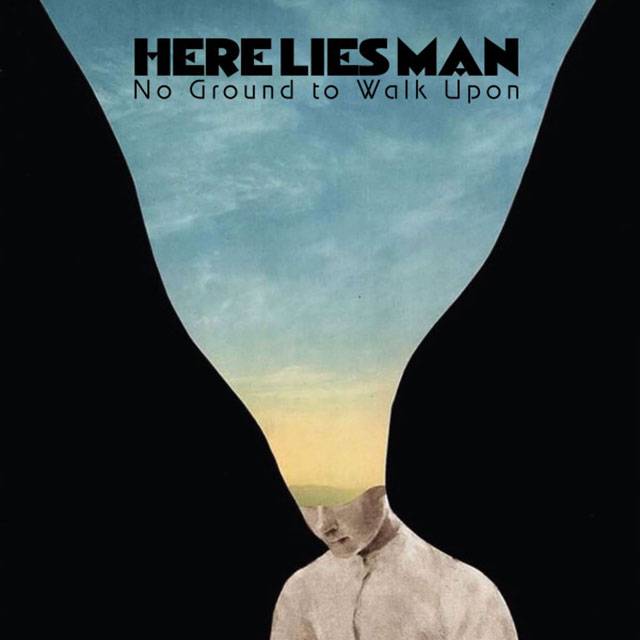 I love this heady, thoughtful, meditative album cover. A considerable amount of math went into the writing and recording of this album, and perhaps the dude on the cover is taking a break from all the rhythmic algorithms he toiled over. 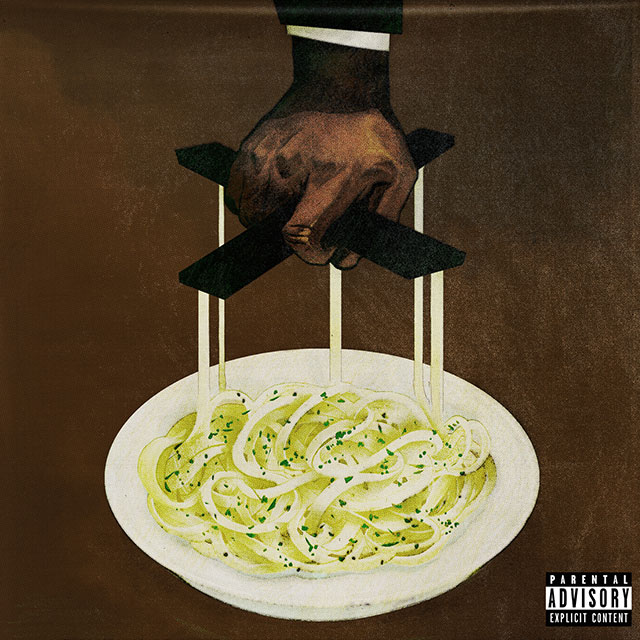 The storytelling and references on this album cover are pure creative genius. The two artists combined their names to form the title of the album, which is represented by the dish of pasta whose noodles are strung to the marionette handle, à la The Godfather movie poster. The lyrics and samples throughout the record work in tandem with the album cover to provide some smart commentary about both the Italian mob and the fascination that certain elements of rap have had with it over the years. 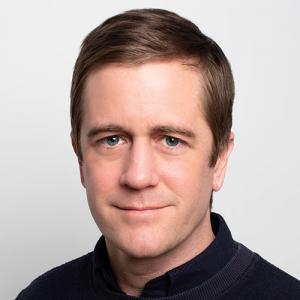