Trio of amusing spots from David&Goliath 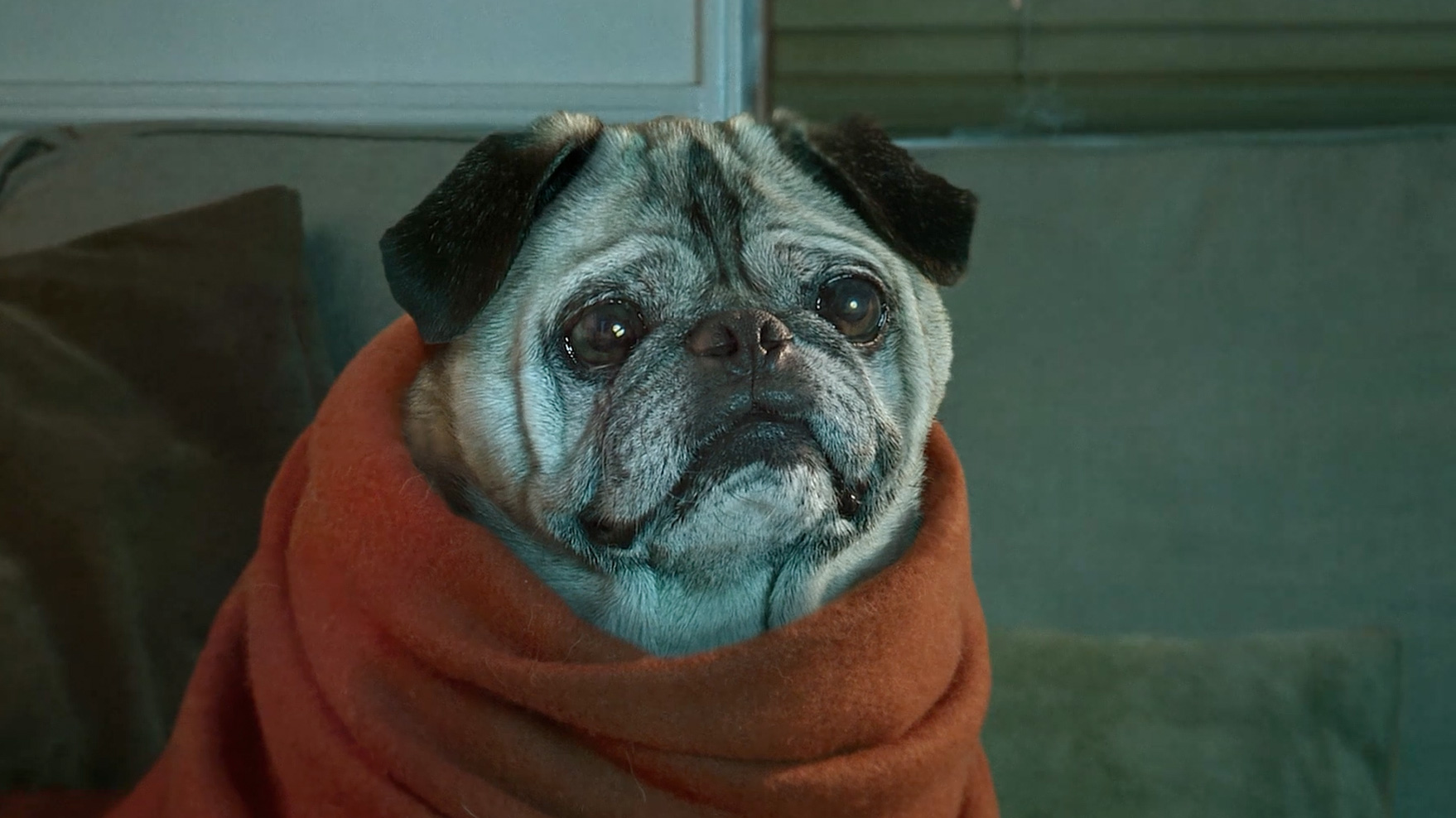 What's that, Fido? You want to demonstrate how Vizio Sound Bars can help humans experience enhanced audio when we watch our favorite shows? Good dog!

Canines' sensitive ears can detect twice as many frequencies as ours, so agency David&Goliath cast pooches in a campaign themed "Hear Like They Do" to tout the speakers' sonic capabilities.

You can tell F/X came into play because that pug doesn't wolf down the popcorn!

Now, they're dogs. We're people. So, we'll never actually "Hear Like They Do." Still, its a finely tuned message, delivered with commendable, cuddly cuteness.

"We were looking for expressive and interesting faces," she says. "We wanted the dog in 'French Lover' to look like it was caught up in the emotion of a show. Pugs have all those amazing wrinkles and folds that are so expressive when they lift an eyebrow or an ear. Obviously they must love romance movies."

For "Crime Boss," the team "imagined the dog hanging out in a den or a man cave," Pulver says. "So, we looked for a pooch that was a little older, wiser, and probably enjoyed a nice rye whiskey on the rocks while watching mobster flicks."

Never fear, no animals got hammered in the making of these ads.

For the football spot, "we were searching for a dog that looked more like a couch potato with a longer body-line, so it could lie down on the sofa, and sink into the game," Pulver says.

The pug dutifully curled up in a blanket for "French Lover," but the main imagery in the two other ads was achieved through "a composite of multiple shots to help the poses feel even more human. We also gave our dog in 'The Kicker' a little more of a beer belly with the help of retouching. But that beer glass was actually sitting on the couch next to the dog. Still can't believe it didn't get knocked over, even once."

Jamm brought each scene to life through CGI "tailored to feel as real as possible," Pulver adds, so viewers might wonder if the pug was actually tearing up, and "question whether these dogs really could sit and stay like that."

As part of the campaign, Vizio invites pet owners to share Instagram images of their fur babies watching TVs with the hashtag #HearLikeTheyDo.