Siblings aren't all about rivalry 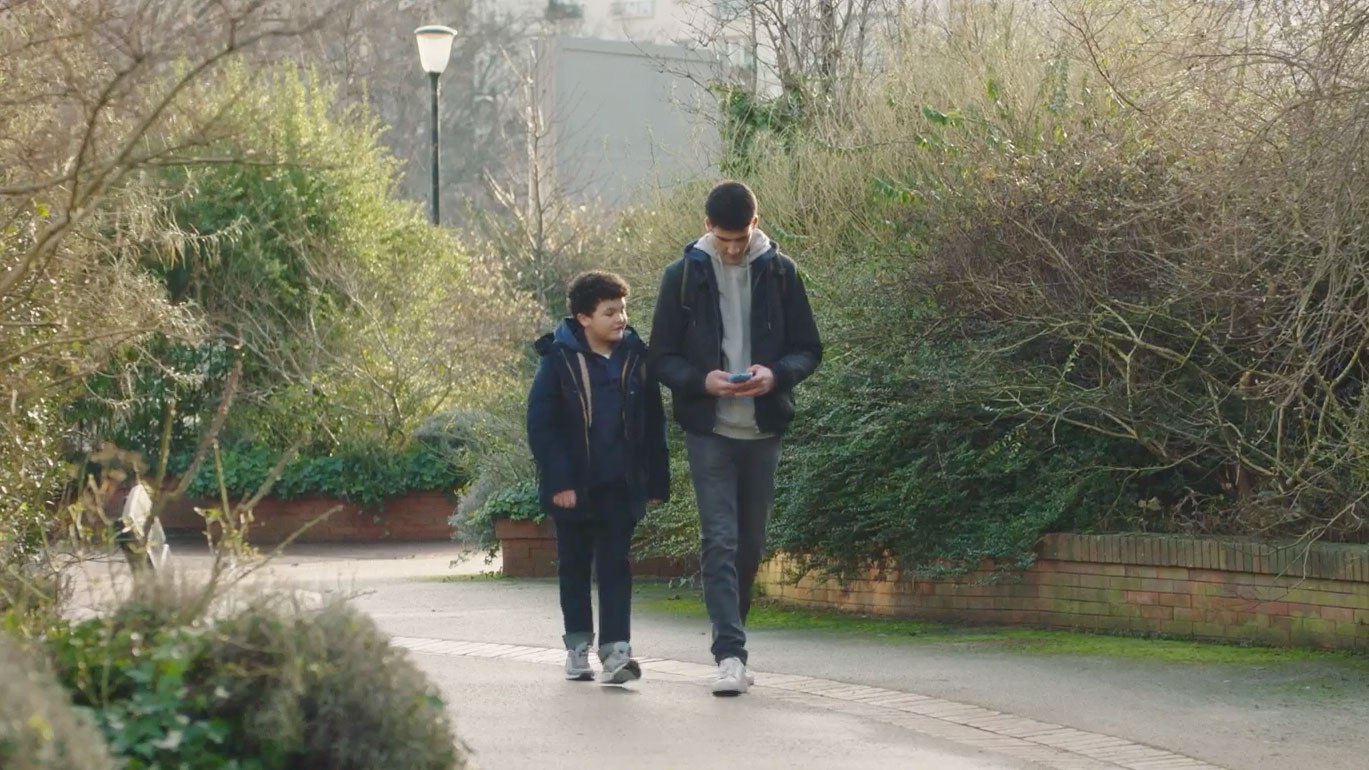 "Two Brothers," a new ad for French retailer La Redoute, is a classic feel-good about the relationship between older and younger siblings: the ribbing, the fighting, and ultimately, the complicity—the sort you don't want to admit, but which is especially touching when it rises to the surface.

Created by Fred & Farid Paris, the story is simple. Meet the brothers. The oldest gets accepted to a distant program, and as the date for his departure draws near, we see him working on a secret project, sometimes with his father, sometimes with his mother. The remit of the project is fleshed out by little breadcrumbs: His baby brother can't do homework in his own room, because there's no space for a desk. (See where this is going?)

When the family drops the oldest off at the train station, the younger boy is devastated. He goes upstairs to be alone with his feelings (something you naturally do when young, then avoid doing as an adult—how strange age makes us!). Except, traumatically, his bedroom's been emptied out!

Thankfully, things don't end there. His sweet kid-brother face, upon seeing his big brother's much larger old bedroom done up for him, is priceless. "Helping your loved ones to grow up is the best way to show you care," the ad concludes.

It's possible that pieces like this pack a bigger punch than they used to. There is a comfort to the universality of the sibling narrative, but also a melancholy to watching these old rituals play out. Seeing parents drop a child off at a train station to leave for the next phase in life feels like anthropological footage from a previous world.

Who knew such rituals, so common as to go unseen, were so fragile, so easily undone?

It helps that La Redoute knows its place, which gives the work space to develop emotional resonance. Branding is carefully punctuated at moments that subtly advance the story: the quest for a desk, and bedsheets; a sweater, given as a gift in its La Redoute mailbag. However, this is also the 2:30 version of the ad, and we can already imagine how it might be chopped up for windows of :30 or :60, the story hastily realigned around these particular moments. That would be a shame.

"Two Brothers" was directed by Géraldine Nakache. It follows "Lou," last year's equally emotional portrayal of a girl's evolving relationship with her stepmother. Great stuff here, too. Very Ikea pre-2020, when it explored divorce, or the complex relationship between father and daughter. This is definitely not a bad thing. Storytelling isn't zero-sum; there are plenty of complex emotional tales to go around, and the Fred & Farid approach has the added benefit of showcasing a more ethnically diverse France, which we don't see that often.

As "Lou" concluded last year—it was released in May, over halfway through France's first confinement—"we have never been in greater need to learn to live together."