Squarespace Ads Say Your Wildest Dreams Can Be Business Models

Bringing swagger to the new world of commerce 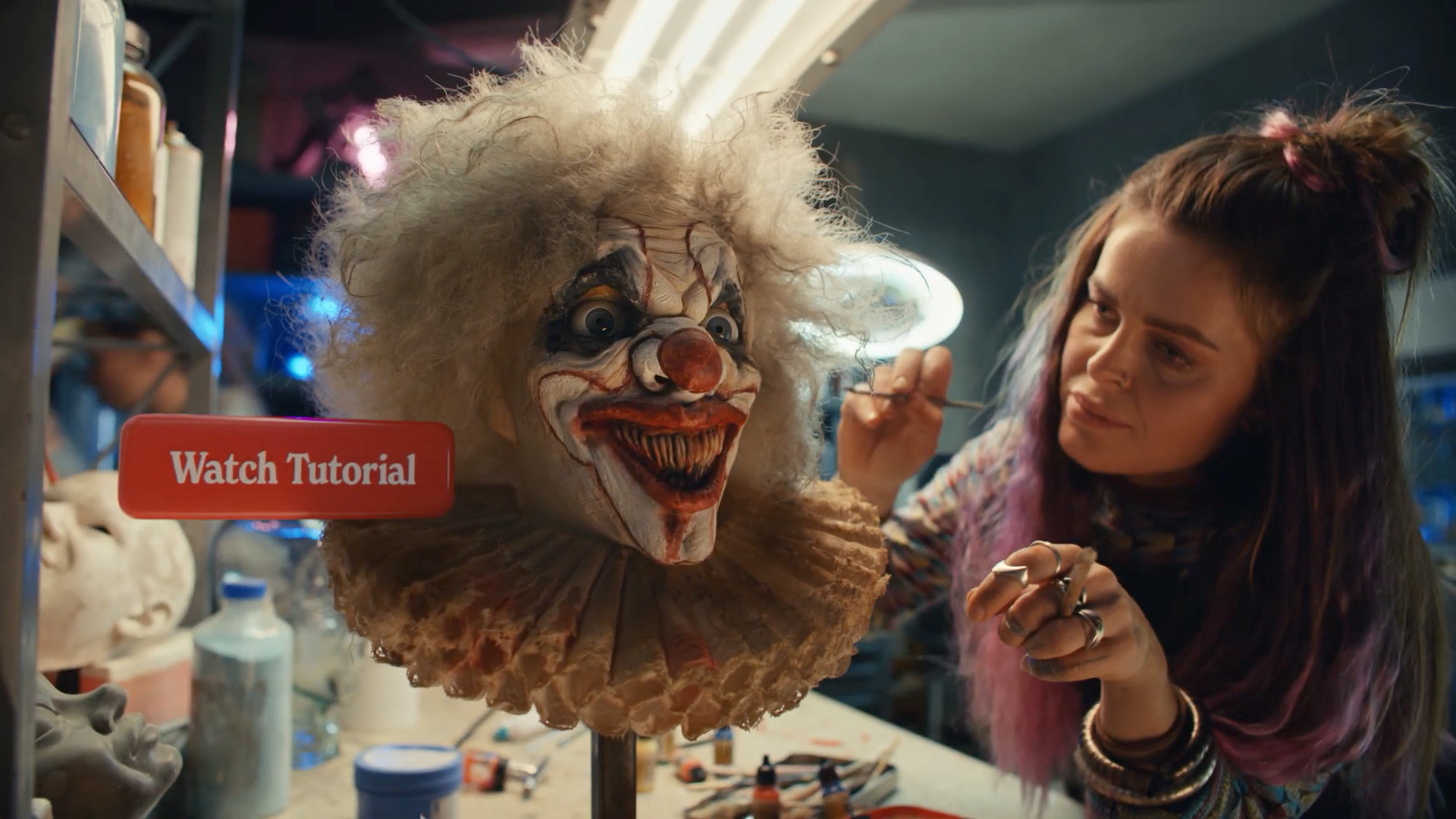 You know that dream where you're surrounded by scary clowns melting into the floor, and instead of a drill, the dentist shoves a banana in your face? These visions could unlock a winning business plan!

Then again, maybe not. Regardless, Squarespace bids viewers to use their wildest notions (and occasional nightmares) as raw material for commerce in the latest iteration of its "Everything to Sell Anything" campaign.

Everything to Sell Dreams | Squarespace

"We were interested in the weird logic of dreams and the way they can connect things that seem to have very little in common. It's a fertile place to riff," Squarespace VP of creative Ben Hughes tells Muse. "That's how you get this journey that encompasses stylish sleep masks, video classes about creating makeup effects, cosmetic dentistry, dream journals and hypnotherapy. They're all dream-adjacent, and all things that can be sold using Squarespace."

Director Sam Brown packs each frame with colorful action and imagery. That hurly-burly mirrors the energy and flow of today's business landscape.

"Part of the fun was asking what ways people make money that didn't exist until a few years ago," says Hughes of the work, developed in-house. "When the innate human desire to succeed meets the internet, you get some fascinating answers."

A second ad celebrates such innovative ventures, ranging from oxygen bars where folks pay to breathe flavored air to online astrological clubs and a rollicking "New Moon Festival" held deep in the woods.

Everything to Sell Something New | Squarespace

"These modes of commerce represent a shift in how we buy things and in what we fundamentally value," Hughes says. "The idea of paying for direct access to a person and their content and communities on an ongoing basis is something new. We're watching Kevin Kelly's '1,000 True Fans' theory come to fruition."

The push refreshes Squarespace's "Everything to Sell Anything" positioning introduced last year. While the company still helps folks design websites, it now seeks to define itself more broadly as a multifaceted digital partner for ventures large and small.

"As always, we're talking to budding entrepreneurs, who have no shortage of brands targeting them," Hughes says. "Most of that work, though, falls into one of two categories. It's either overly twee storytelling about people who want to sell something cute online, or overly earnest messages about what it means to start a business. There's no risk-taking or sense of style. Honestly, who's going to sink the time and sweat into working for themselves if it's not going to be cool?

"As a culture, we lionize these entrepreneurs, but then speak to small businesses like they're goody-goodies," he adds. "Everyone wants some swagger. Why would you do it otherwise?"

Through the years, this theme has resonated through Squarespace commercials, including its 2021 and '22 Super Bowl outings with Dolly Parton and Zendaya, as well as Idris Elba's fantastical turn in 2019, and these F/X-driven films starring real-life dreamers.