Post-Gillette, It's Time for Brands to 'Man Up' on the Super Bowl

With Super Bowl LIII right around the corner, millions of Americans are anticipating their annual rites: chicken wings, ranking the world's most expensive commercials, wondering if there'll be another wardrobe malfunction during the halftime show.

It's a perfect time for brands to "man up." By "man up," I don't mean more depictions of strength and stoicism that form the basis of traditional ideals of masculinity. I mean moving away from these dated images toward a more grown-up celebration of male individuality and inclusiveness. It's time to reclaim the phrase and lose the shame and scorn that accompany it.

With rightfully deserved attention focused on the women fighting sexism, inequality, misogyny and violence, there is a role, too, for men in these #MeToo and #TimesUp times. The toxic perceptions of masculinity that underlie too many commercials on advertising's biggest stage negatively impact us all. Madison Avenue perception makers can play a role in turning the tide.

Brand stewards don't even have to blaze a new trail. There's already a movement afoot by men who are redefining the old-school ideas of what it means to be a man. From Justin Baldoni's web series on male privilege called "Man Enough" to former Mashable founder David Yi's Gen Z-targeted, trailblazing men's beauty publication Very Good Light, manhood is getting a makeover. The Good Men Project is attracting millions of viewers and providing a roadmap for what enlightened masculinity should look like in the 21st century.

The American Psychological Association in January released new guidelines for men and boys to help professions deal with a mental health "epidemic" that has seen a rise in male suicide along with a whole host of other problems. The 30-plus-page document pays much attention to traditional "masculinity ideology" and the often hurtful role it has played in men's lives.

Some brands are taking up the mantle, especially those in the men's grooming category. With masculinity having long been many a marketer's Holy Grail, it shouldn't be surprising that these companies are helping to drive the new male narrative. Not only are some saying it's OK for men to be sensitive, emotional and kind, they're saying it's actually good for men to be fathers and caregivers.

As the hyper-masculine narrative around what it means to be a man starts to disintegrate, the beauty industry is growing to cater to the modern male. Through moisturizers that promise to combat signs of aging and subscription boxes that keep hair loss at bay, global sales of men's grooming products are predicted to reach $60.7 billion by 2020, up from $47.2 billion in 2015. Indeed, the female-centric beauty market is evolving to accommodate men.

Lynx (Axe in the U.S.) partnered with the anti-bullying charity Ditch the Label, resulting in 100 percent of profits from a limited-edition of unlabeled unisex grooming products going to the organization. The campaign encourages young men to lose the labels that box them in and hold them back, building on Lynx's 2016 "Find Your Magic" spot from the 2016 Super Bowl that celebrated individuality. Lynx's be-whoever-you-want-to-be narrative is yards away from the stereotypical images of the past and more of what we can look forward to in the future. We need more "Be the Better Man" campaigns from companies like Just for Men.

The move away from the age-old "sex sells" mantra makes perfect sense, especially as millennials and Gen Zers retreat from their father's notions of manhood.  We're in a time where geeky is sexy and the nerd has moved up the social ladder. Personal identities, like national ones, are being challenged, blurred and redefined.

This extends to sports stars as well. The NFL player ideal is shifting (however slowly) from the uber-athlete to the more accessible player dad as, for example, Pantene featured in a spot with male athletes giving their daughters dad-'dos.

This backlash to traditional notions of manhood is causing marketing playbooks to be re-written. Gillette's latest campaign turns its iconic catchphrase "The best a man can get" (which was historically a clean shave and a woman's kiss) on its head. In a direct reference to the #MeToo movement, the line is now: "The best men can be." While controversial, it takes on the "boys will be boys" mantra of days gone by and encourages men to do and say the right things, as "the boys watching today will be the men of tomorrow."

These are confusing times to be a parent. Traditional ideas of what it means to be a boy or girl are in constant flux, with gender-neutrality possibly the order of the day. Instead of struggling with these pluralities in identity, we should, in the name of harmony, embrace them. Institutions, sports included, have a duty to promote the right behaviors, as do the ads that create the narratives around them.

As I indulge in Buffalo wings and other rituals during the 53rd Super Bowl on Feb. 3, these are the ones this dad of two boys will be watching for. 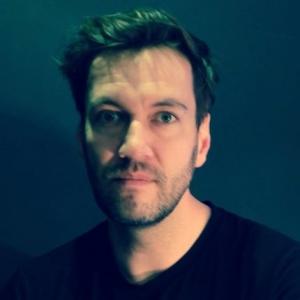