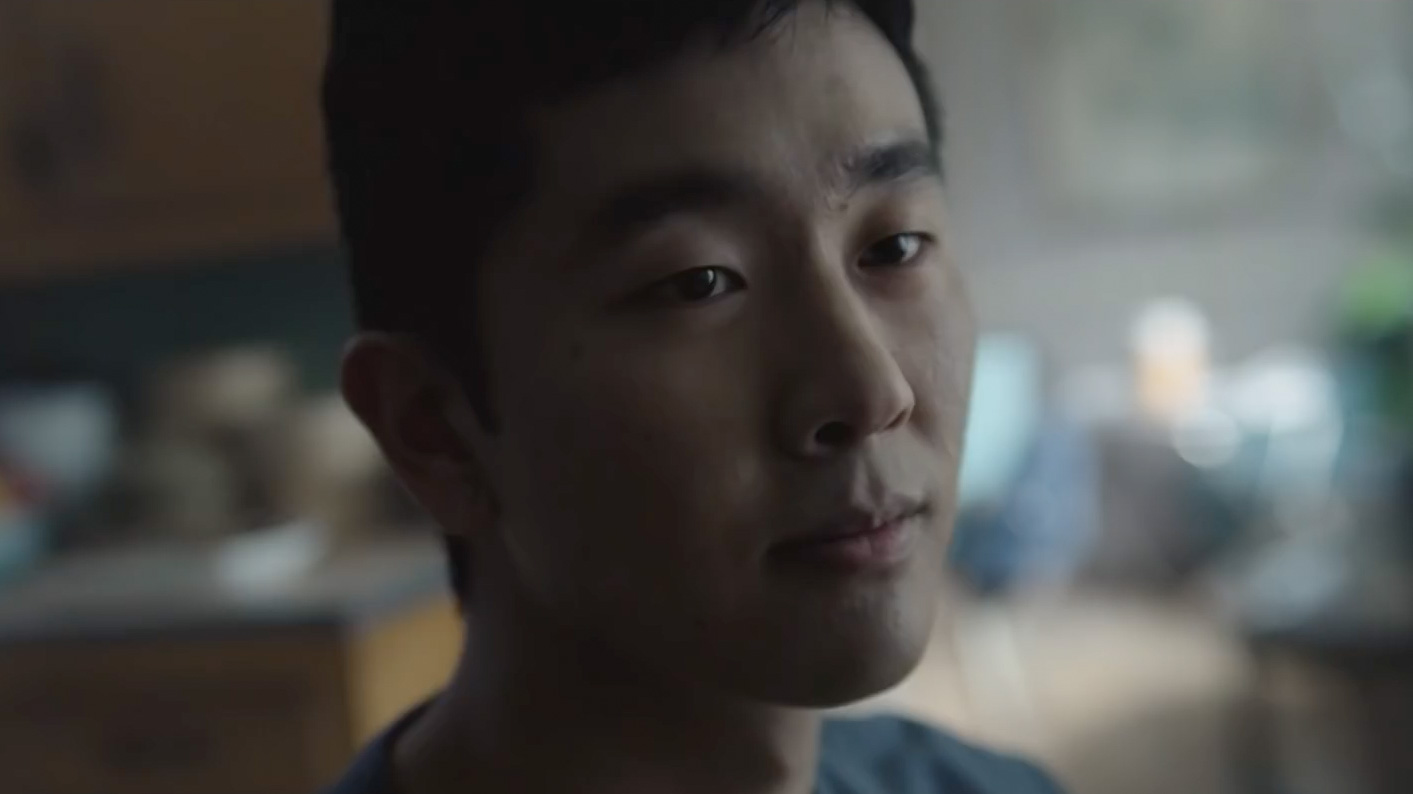 A young Chinese American man seemingly struggles to come out to his parents and sister in "The Note," a short film created by agency 360i and director Alice Wu (The Half of It) for Oreo and PFLAG.

But all's not what it seems. The twist—which centers around a note written in Mandarin and English—conveys a powerful message about families, generational understanding and finding an LGBTQ+ ally for life:

The Note | An OREO film by Alice Wu

The opening scene was just a rehearsal, with the son practicing a speech with his mother—for his grandmother to hear later. In the end, his mom pledges her unconditional support, and the spot closes with the line, "Coming out doesn't just happen once. Be a lifelong ally."

The titular note serves as a script for what the son will say to his grandmother later that day, and it lovingly recounts the family's recent history. His mom adds a handwritten message which reads, "She might be my mother, but you are my son."

That's a powerful vibe, and it puts the whole experience in perspective. Love transcends all. Some bonds can never be broken.

"When Oreo approached me about this project, I came up with a vision that I honestly did not expect them to go for," says Wu. "But not only did they get on board, they have been tremendously supportive of me maintaining an authentic voice—in trying to be an ally to the queer community, they also turned out to be an ally to me, a queer Asian filmmaker."

"The Note" follows "Proud Parent," an affecting Oreo-PFLAG collaboration from 2020 that explored similar themes, with a fence painting as the central metaphor.

This year, as part of its broader #LifelongAlly initiative, Mondelez-owned Oreo will make a $500,000 donation to PFLAG, which provides a range of services to the LGBTQ+ community, their friends and loved ones.

Below, some of the creators behind "The Note" discuss the project in detail.

Olympia Portale, Oreo senior brand manager: "Proud Parent" celebrates allies and explores parent-child relationships and the challenges of bringing a partner home for the first time. "The Note" takes things a step further by highlighting multigenerational family dynamics to emphasize that "allyship" must not be a one-time gesture or word.

Why deliver that particular message this time around?

Olympia Portale: The brand recognizes that fostering a culture where differences are respected—where diversity is embraced in all forms—is important. "The Note" aims to reinforce that coming out is not just a one-time event, and honors allies who break down fears and cultural barriers.

Devon Hong, 360i executive creative director: When we came up with the story of a coming-out rehearsal, it felt like an inspired way to show the lengths an ally would go to in showing their support. But it wasn't until we wrote it as a multigenerational immigrant story that the narrative came to life. "The Note" isn't just a about a young man coming out. It's also about a mother caught between two generations and choosing to stand by her son. It's a theme my own mother struggled with. As a queer person of color, I'm incredibly proud to help bring this project to life. It's rare to be able to tell a story this specific and intersectional.

How'd you get Alice Wu on board?

Devon Hong: When we pivoted to feature an Asian American family, it all clicked—we needed to talk to Alice Wu. She directed one of the first queer films about Asian Americans I had ever seen (Saving Face). I was already a big fan. When she rewrote "The Note" and pitched it to us, we all teared up. Her understanding of the family dynamic and commitment to authenticity made it something special.

To what extent is the film based on actual experience?

Olympia Portale: The storyline is loosely based on a personal experience from a member of the extended Oreo team. The story was also inspired by Alice's attempt to come out to her Chinese immigrant mother, her memory of the heightened sensory experience of that moment, when a minute can feel like a lifetime. And Devon drew from his experience growing up gay in a first-generation immigrant family.

The film's rich in moody images that say a lot about inner turmoil yielding to hope for the future.

Devon Hong: The first act is meant to be intense and disorienting. The series of close-up shots put the viewer in the boy's headspace. Alice carefully crafted the sound design to feel like a held breath, which is exactly how it feels when you're coming out. We left room to capture details in the environment to heighten the story. The close-up of the leg shaking, for example, is one of those shots that added so much richness.

Another detail that I found so beautiful was the son's cowlick. Alice had this brilliant idea to make the messiness of the teenager's hair the thread through the acts. In the first act, we see a picture on the fridge of the mother fixing the son's hair. That is echoed at the end when she tosses his hair, making it messy. It's a subtle gesture of acceptance that says, "You're good just as you are."

The intricacies of language, themes of being truly understood, of conveying deeper meaning about oneself, run through the story, too.

Devon Hong: From the start, Alice and I talked about making sure the parents were fluent in Mandarin. Those details are so important to make the story feel authentic. With that specific criterion, we were so blessed to find Jenny and Limin, who gave beautiful, subtle performances. It was different for the son. We needed someone who would struggle to speak Mandarin. So, we had to ask Adam, our son character, to make his perfect Mandarin sound more Americanized.

You get the feeling that everything's going to be OK for this guy, no matter how things go with Grandma.

Devon Hong: Alice had the brilliant idea to keep the camera on the son at the end, instead of showing Grandma explicitly. By focusing on his realization of his mom's sacrifice, we made it clear that the story is about the bond between the mom and the son.