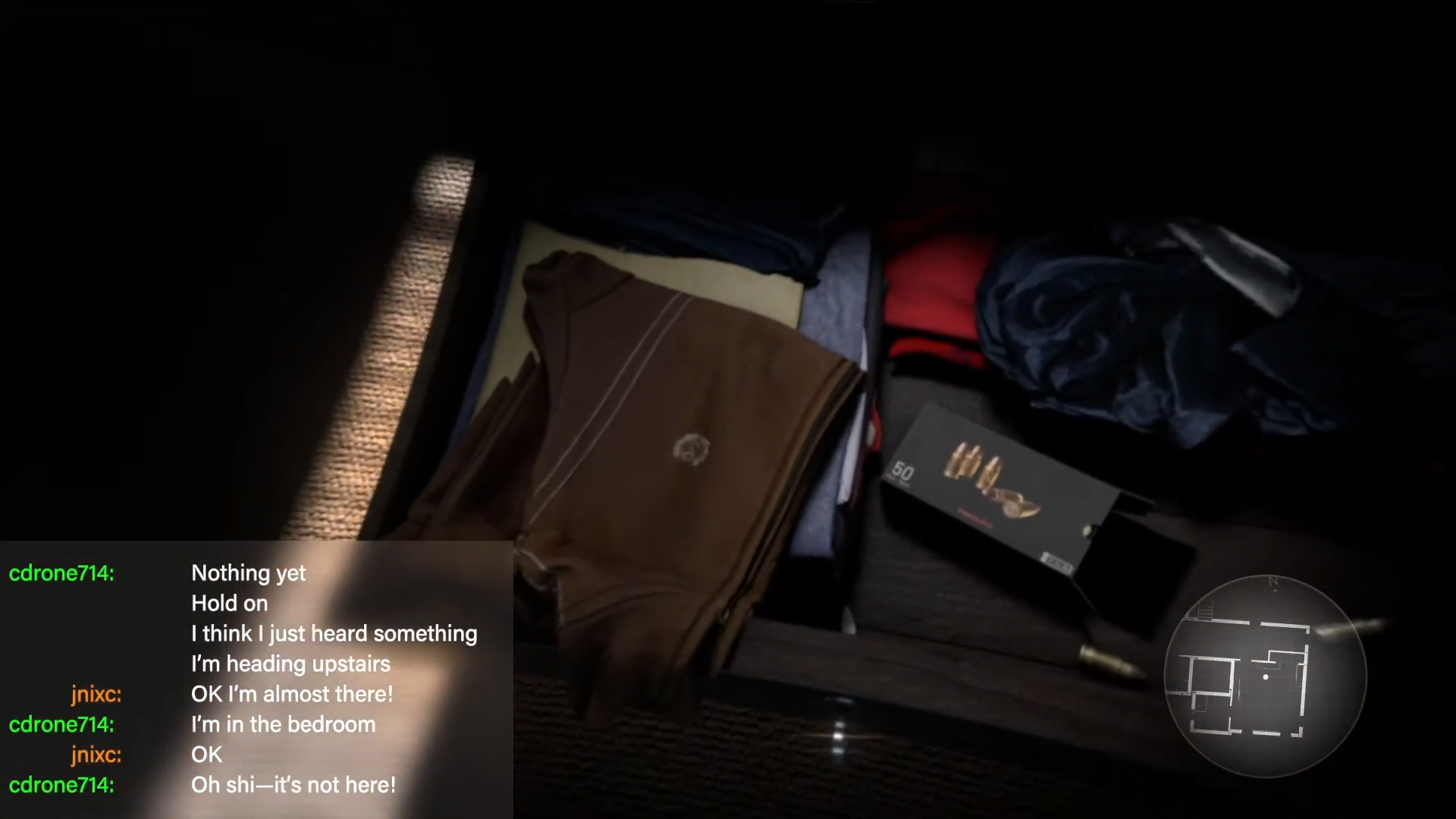 The video-game-style spot below is the showpiece of a national campaign breaking today. It takes place in a typical suburban home, with Dad bursting in to discover his gun missing from its drawer, and troubled teen Cameron locked in the bathroom:

The team placed "heads up display" visual elements on screen to evoke a gaming environment. Plus, the chat-box acts as built-in subtitles on social, where folks might watch with the sound off.

"By using the style of first-person-shooter–style video games, we could best reach our audience with a visual language they understand and a construct in which they're uncharacteristically open to tough conversations," McKinney group strategy director C.J. Franzitta tells Muse.

The work drops today, timed to National Suicide Prevention Awareness Month, and strives to deliver this message: "When you secure every gun in your home, you might just be saving your loved ones from the most lethal method of suicide in America—and giving them a second chance to live a full life," Franzitta says. "In what corner of American life is the idea of second chances—i.e., 'extra lives'—more common than in gaming?"

Though some might find them distracting, those video-game visuals don't really detract from the narrative, and the harrowing tale should hit home even for viewers who don't regularly indulge in FPS combat.

The team avoided specific cues around age, race and gender (hence the name Cameron) to maximize the spot's appeal and help viewers imagine themselves, family members or friends living through such an ordeal, say McKinney group creative directors Jenny Nicholson and Alex Shulhafer.

According to the U.S. Centers for Disease Control and Prevention, 61 percent of all gun deaths in America are suicides. That's more than homicides and unintentional shootings combined. Last year, more than 23,000 Americans died by firearms suicide (about 60 every day).

Here in 2020, Covid-19 pressures have amplified the risk. According to the CDC, more than 10 percent of Americans have seriously considered suicide since the pandemic began. And the FBI says firearm purchases have risen sharply in recent months, with many first-time gun owners in the mix.

"Our audience buys guns to protect themselves and their loved ones, but the real danger may be much closer to home, inside their own minds: the very real danger of gun suicide," Franzitta says.

"By raising awareness of the risks posed by guns in the home and how gun owners can mitigate risk by safely securing their firearms—that means locking their guns, unloaded, with ammunition stored separately—we can save lives," adds Brady president Kris Brown.

Along with TV and social videos, the push includes gripping radio spots with the voices of real people who lost loved ones to gun suicide: 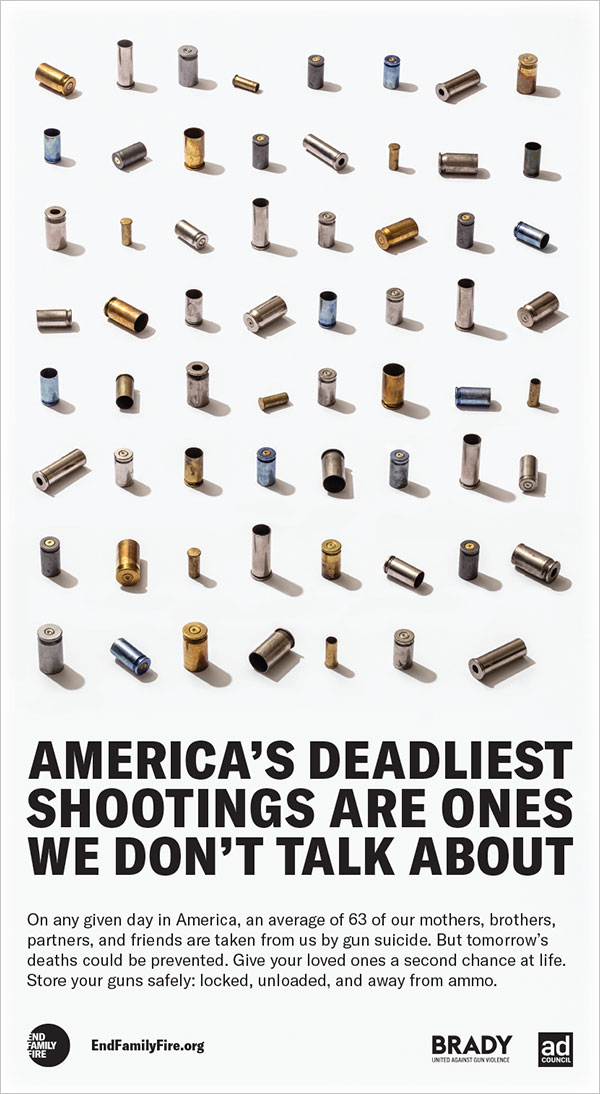 "We found a huge audience of gun owners out there doing nearly everything right—but also keeping at least one loaded gun at hand, thereby leaving their family vulnerable to the unique agony of gun suicide," Franzitta says. "By ensuring every firearm is properly secured, they can protect against that outcome."

All campaign components drive users to EndFamilyFire.org for tips and resources. The work marks an evolution of the "End Friendly Fire" push that launched two years ago. During that period, parents in households with guns who are aware of the work were twice as likely to seek information about safe gun storage, the Ad Council says.

Last week, to strike another blow in the war on suicide, and also leveraging the popularity of video games, the organization unveiled an extension of its integration with Guild Wars 2, encouraging young people to check in on friends' mental health.