The Glenlivet's Theatrical New Ad Is Set Atop a Giant Treadmill

CPB found the contraption in Slovenia 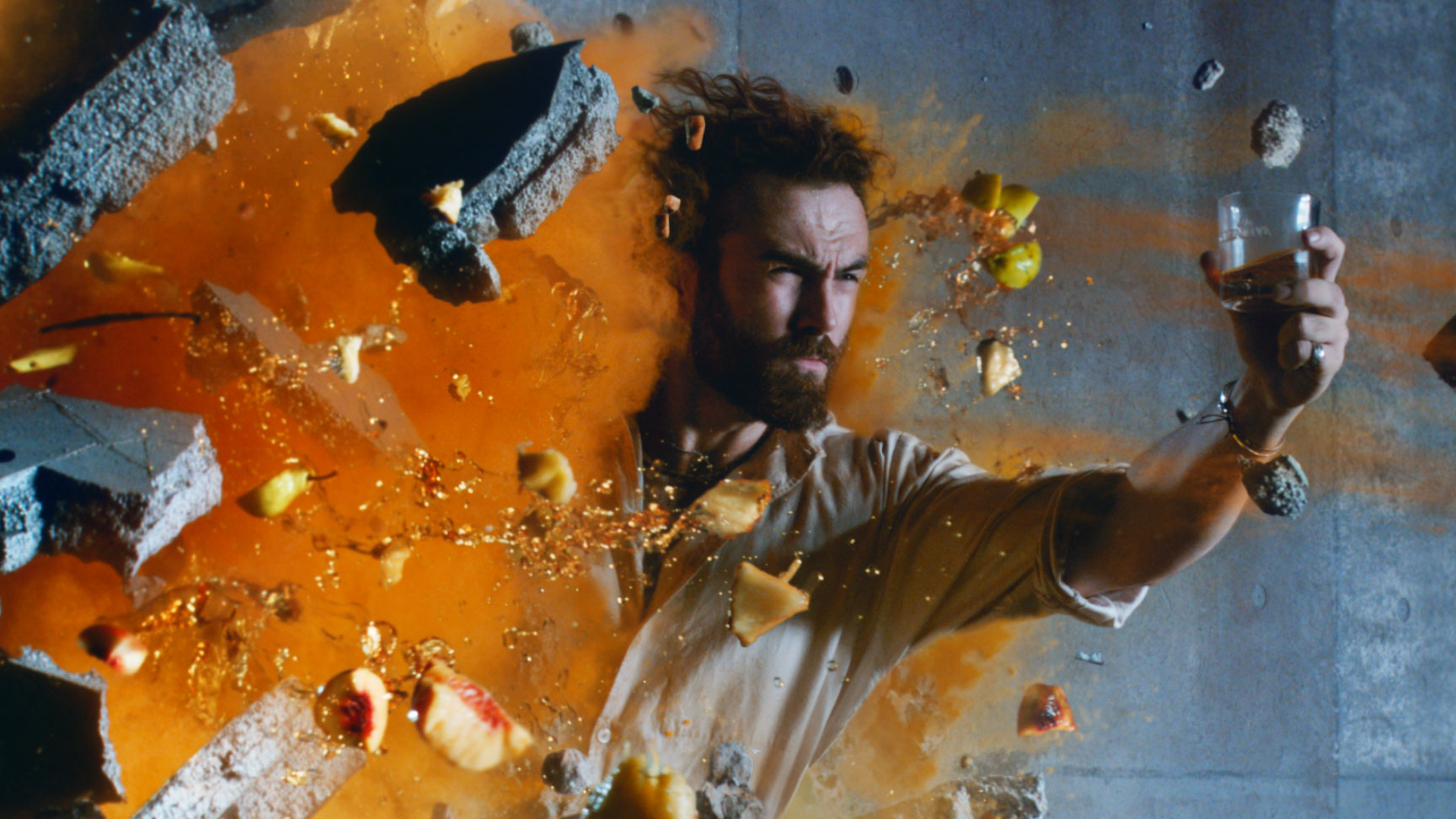 As you watch this minute-long spot from The Glenlivet, Crispin Porter Bogusky London and Prettybird director Tom Noakes, take a long pull on your Scotch whisky and keep in mind: That's a real, working treadmill. The thing's about 60 feet long and 15 feet high. The creative team found it in Slovenia, where it was built for a feature film that never got made.

In the commercial, brand founder George Smith resolutely jogs on the machine, traveling from 1824 to the present day, as images representing rigid ideas, conformity and category copycats pass him by:

The Glenlivet | Against the Tide

The brief originally targeted the Asian market, "where provenance and product are key," says CPB London executive creative director Dave Day. "We also want to shake up the single-malt category from its dusty self-importance. So, we wanted spectacle, energy and pace to appeal to a broader audience and open up the category to new drinkers."

"We're looking for a way to dramatize the concept of 'originality.' In The Glenlivet's case, the original piece is the whisky itself—so 'staying' original is where the hard work starts," he says. "That's when we had the idea of a giant treadmill, representing the relentlessness of life and the need to push forward, or forever be lost."

He describes the Slovenian treadmill as "a homemade device that didn't have enough power for the speeds we wanted to go. So, we had to source a much larger motor to give us more control on the shoot," which lasted for six days over the summer.

All effects were achieved in-camera, including a full-scale "bothy" hut (often used for illicit distilling in the 1800s). That structure and other physical elements, including the stodgy "fundamentalist" distillers (portrayed by a local basketball team), actually moved along at speed on the treadmill. The SFX expert struggled to get the exploding barrel sequence just right, blowing out the windows in his workshop during the initial test.

"We always try to make something spectacular for The Glenlivet, especially after 'Breaking Walls' was such a success," Day says. "It was harder to make a more product focused film and retain that scale, but it's so important to try and make something that stands out and is enjoyable to watch."

Overall, it's a visually stunning piece—a bit reminiscent of Johnnie Walker's "The Next Step" from 2014—and concludes with Smith in a bar where no one's masked or maintaining social distance. Day says strict safety precautions were followed on set, and notes that the imagery fits into a fictional framework.

"It is not real life, and the bar scene at the end is George Smith's 'cherry on the top' of his dream," Day says, adding, "This is a global film and global restrictions differ. [For example] in parts of the U.K. you can still drink in a bar with a certain number of friends or family. That is still allowed."