Trade one for a Big King XL

Burger King is pretty relentless in its hounding of McDonald's.

Just weeks after launching "Whopper Detour," which used geofencing to offer 1-cent Whoppers to anyone within 600 feet of a McDonald's, BK has punked its rival once again—by announcing it will accept expired "MacCoins" as payment for its new Big King XL on Friday.

McDonald's introduced the MacCoin last summer to celebrate the 50th anniversary of the Big Mac. The chain made 6.2 million MacCoins and distributed them, with the purchase of a Big Mac, at 14,000 participating restaurants in more than 50 countries. They were redeemable for another Big Mac on a later visit. 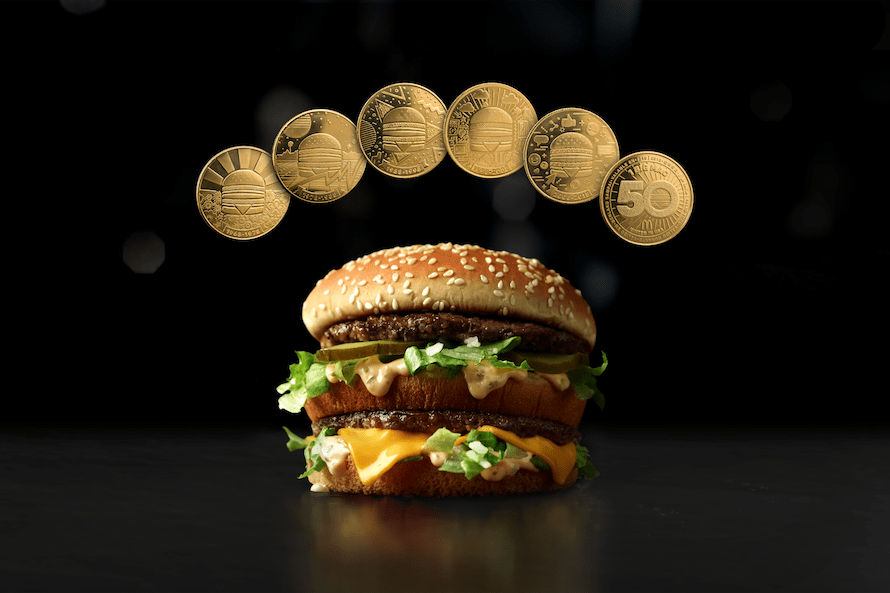 However ... the coins expired at the end of 2018 and are no longer redeemable at McDonald's. But for one day only—Friday, Jan. 18—you can trade your MacCoin for one of the new Big King XL sandwiches. BK is pitching the Big King XL as an upgrade on the Big Mac, with 175 percent more beef and no third bun. 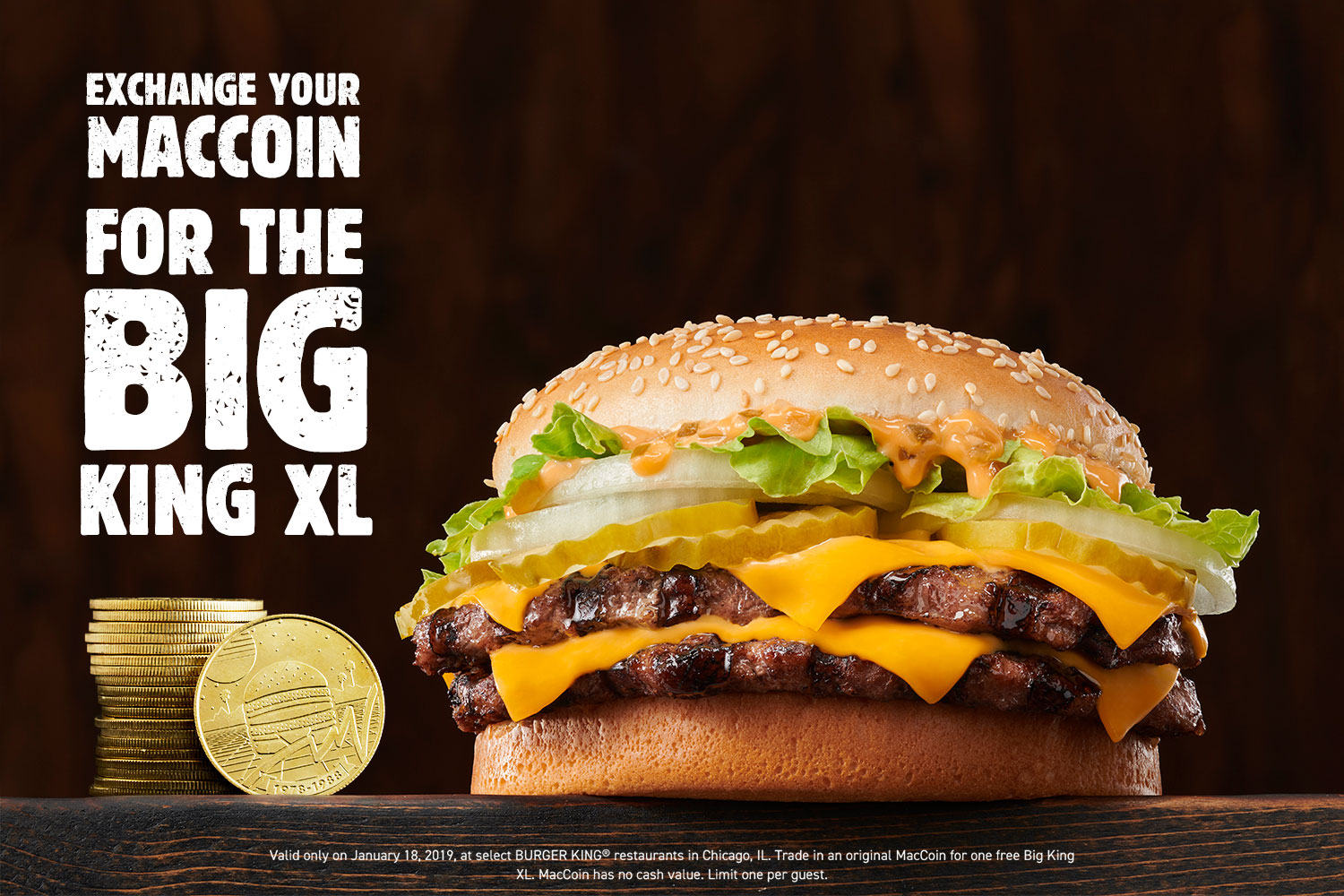 The announcement caps another good week of buzz for BK, which on Tuesday poked fun at President Trump's (now-deleted) misspelling of "hamburgers" in a tweet. BK's response tweet got more than 400,000 likes.

due to a large order placed yesterday, we're all out of hamberders.
just serving hamburgers today.

Also, from Jan. 17-31, customers can try the Big King XL for free through the GrubHub app when included with orders of $3 or more.