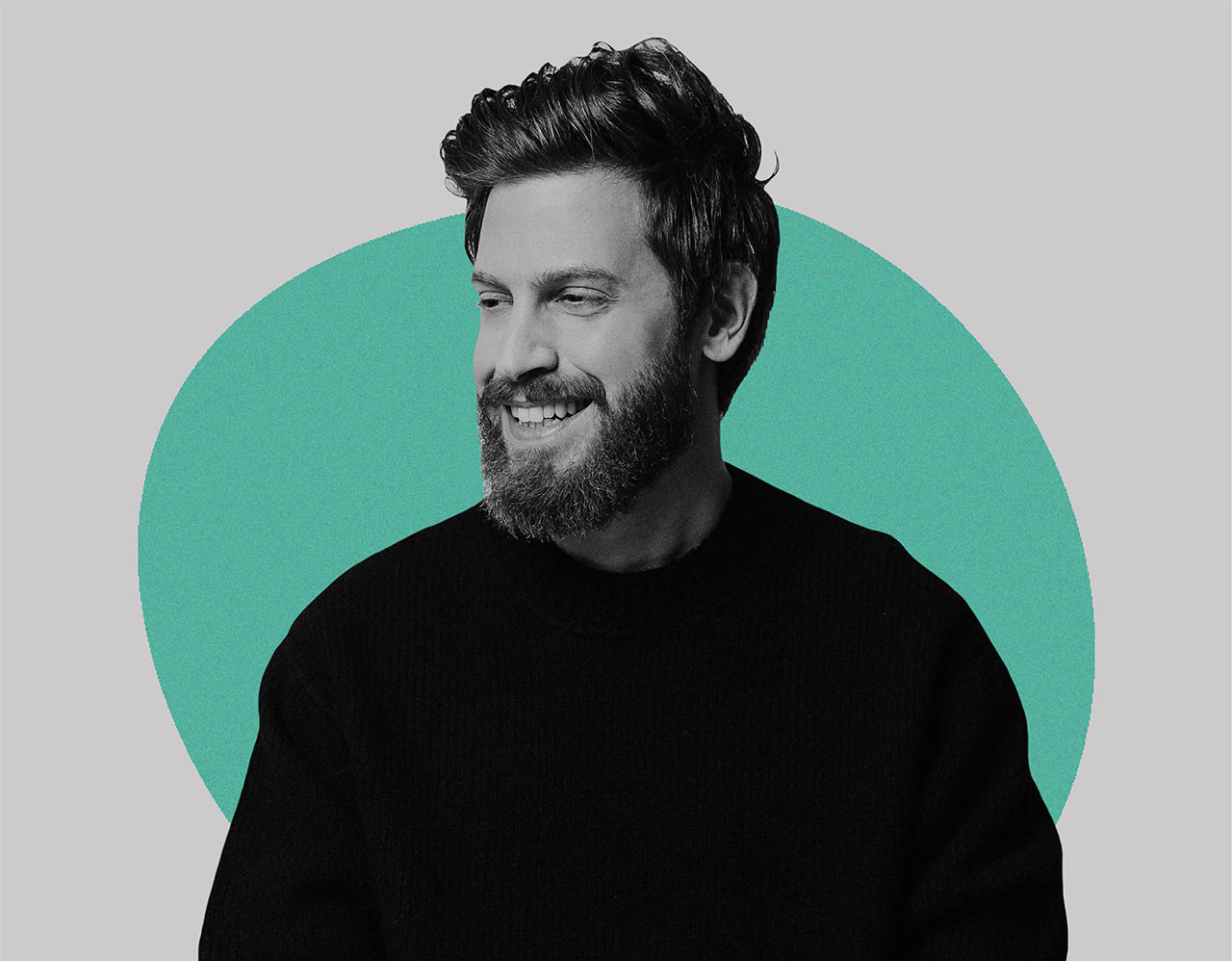 In the past, Daniel led successful transformations at Saatchi LA, Deutsch LA and McCann Tel-Aviv, where his campaigns landed the agency on the global creative map. A recently naturalized U.S. citizen, Daniel is also an advocate for creative immigrants and has actively helped dozens of diverse talents get green cards to keep pursuing their creative dreams in America.

We spent two minutes with Daniel to learn more about his background, his creative inspirations, and recent work he's admired.

I grew up in central Tel Aviv, and I've been living in Los Angeles since 2014.

On the surface, I loved drawing and building worlds in video games. Digging deeper into the mind, my grandfather, who I admired, was a gifted chess player who often made more money beating fellow players at the local coffee shop than from his salary.

Every week since I was 6 years old, we would play chess. There was a moment when I was 10, after flawlessly losing every single game for four years, where I saw an idea and managed to grab one of his rooks. I still lost this game, and every other game with him until he passed in 2017, but that moment unlocked a set of realizations about strategy and inspiration that make up what I consider "creative."

My mother, Vered, who works under the moniker Rose Aboulafia. She is a virtuous fashion designer who uses freehand techniques and works exclusively in "slow fashion," no machines, all by hand. I've been trying to match her attention to detail throughout my career.

Halfway through 12th grade, I pretty much figured out a general path I wanted to take that involved creativity at some capacity. Couldn't exactly put my finger on what yet, but I was producing parties, designing posters, and even managed to get paid for some of it. One day in Algebra class, I was asked to get out of class for talking, and never really came back to school after that. I was focused on a different set of goals that the current school system wasn't going to help me to reach.

Too many, but a few that consistently inspire me over the years are Cleon Peterson, Clams Casino, Moebius, Onra, A$AP Rocky, Flowdan, Action Bronson, Modeselektor and James Blake, to name a few.

1917. Even though it's been a few years, this film has stuck with me. Above the technical achievement and superb directing, there's music in its storytelling. And even though it's a war film, it is so pleasant to watch.

Two years prior to the pandemic, I was working as a contractor with my own business, so professionally not a lot changed since I was already mostly working from home and going into different offices when needed. Personally it gave me an opportunity to look at my priorities and make some changes. Putting family first and using my time smarter.

@SeeLikeMenna for Toyota and the Paralympics. As the official sponsor of both the Olympics and Paralympics, Toyota wanted to bring equality to the Games. So to elevate the Paralympics, we had to break the stigma around Paralympic athletes. @SeeLikeMenna was the first Instagram experience that let you see the world through the eyes of visually impaired skier and Paralympic gold medalist Menna Fitzpatrick. For a 100 percent visual platform, we created content that accurately reflected Menna's 3 percent vision to give people a deeper understanding of the magnitude of her achievements. The project was done by an incredible all-female creative team that I was lucky to work alongside both at Deutsch and Saatchi LA.

I'm proud of the Super Bowl work for Verizon out of R/GA. There's a theme of using the tech innovation and reliability of the network in combination with authentic human insights to give fans across-the-board access to the excitement of the big game and everything in it.

During the 2021 Super Bowl, at the height of the pandemic, when the real Raymond James Stadium was almost empty, we helped build a playable replica in Fortnite and reunited 40 million people, placing this as the largest branded metaverse activation to date. Then, for the 2022 Super Bowl, ticket prices skyrocketed, denying access to hip-hop fans who deserved to experience the legendary halftime show firsthand. We helped 500,000 fans crash the show with a first-of-its-kind mixed reality app that put them on stage with Dr. Dre.

Early on in my career, I transitioned from nightlife to creative direction. As a result, projects that combined music with an interactive experience were top of mind.

The Sound of Honda was a work of art.

Yung Jake's left a stake in the ground around the combination of art and tech innovation at the early stages of html5. Somewhat similar to the Wilderness Downtown in execution but less safe for work.

Another one is Hamburger Helper's "Watch the Stove" mixtape. A perfect case of understanding social media and mixing mediums to get to success.

Heinz's Hidden Spots from GUT. As a PUBG Mobile player, the insight of having to camp to sneak in a bite or run to the bathroom during a 30-minute match hits very close to home for me, and I was upset for several days when it came out for not being the one to make this project.

Another project I admired lately was the Minions campaign, if you can even call it a campaign. It was the ultimate storm of planned chaos. The overall creative that focused on brand collabs was great but almost dwarfed by the trend that was led by Yeat's track. The music portion was paramount to the energy and momentum of that unprecedented movement. I'm sure that with the wrong track, it wouldn't have taken off as much as it did.

The beauty is to have a vision and let the Internet do its thing. It's unmeasurable until it is. I wish more clients would take this type of calculated risk.

Being half a world away from my family.

Consider my love for plants a bit more seriously.