His creative adventures from Adidas to Peacock 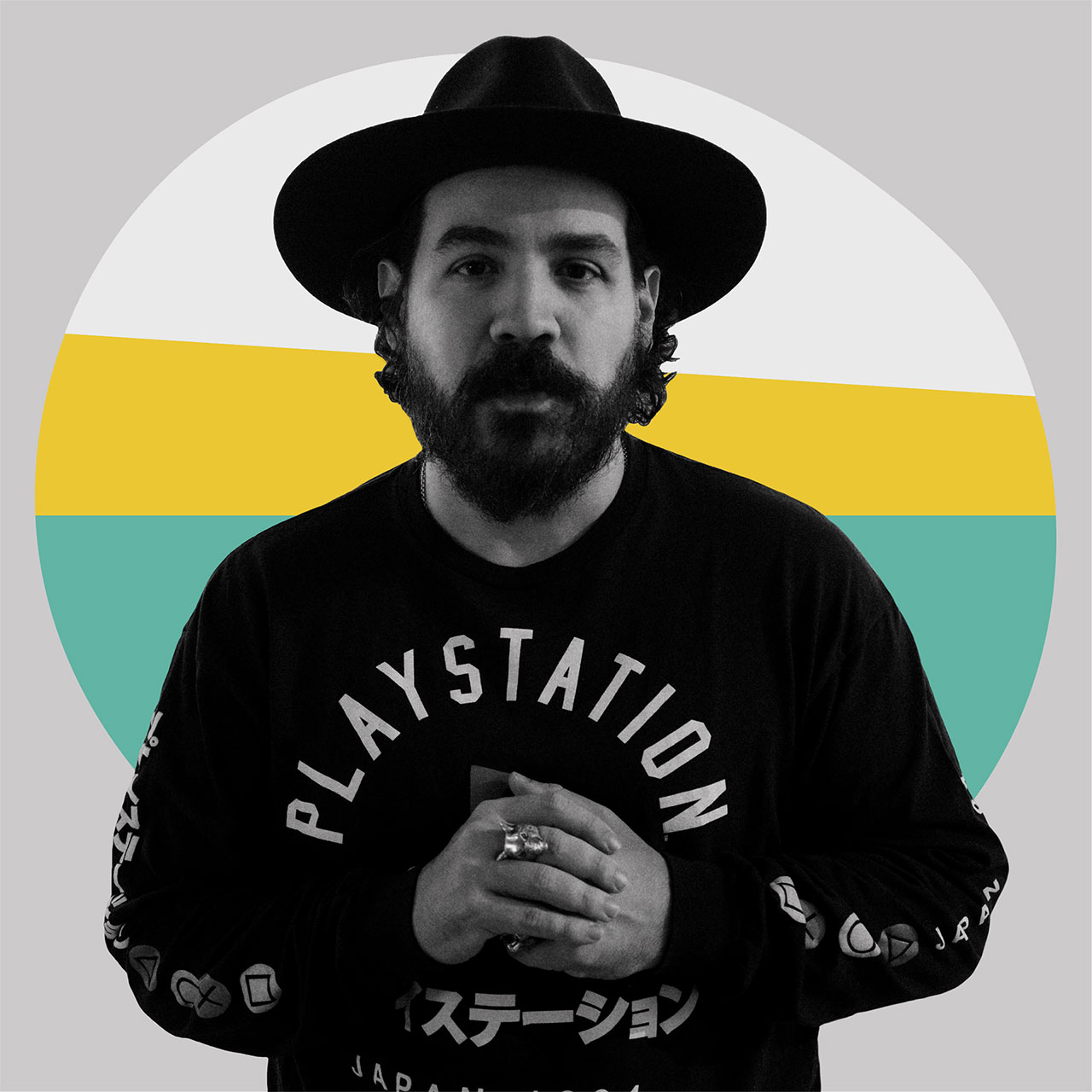 Pabs started his career as a coder, moved on to design, and eventually extended into advertising. Today he is a multidisciplinary creative whose work encompasses digital product design, advertising and branding executed for global clients including Adidas, Apple, Aston Martin, Diageo, Ikea, Marc Jacobs, NBCUComcast and Nike.

He recently led Elephant's collaboration with NBCUniversal on the product design of Peacock, its new streaming platform. In his previous lives, Pablo worked at R/GA, Wieden + Kennedy, BBH, Publicis and Possible.

We spent two minutes with Pablo to learn more about his background, his creative inspirations, and recent work he's admired.

Spoiler: It did not work out. I'm 5-foot-7 on a good day. With heels. With maybe a tiny bit of hair sculpting gel if I want to gain that last optical inch.

As a kid, anytime I was grounded, I could still have fun inside my own head. "The mind is its own place," John Milton and all that.

Cheesy. My dad. I know, I know. I didn't have access to a lot of "culture" where I grew up. Still, my dad was always up to something, drawing stuff, making stuff, he wrote little stories for my sister and me. He is a medical doctor, but he did it for the fun of it. He would design desks, car parts, gates for the house. He is a vocational designer; that was his true calling, but I suspect he didn't have access to the idea that those skills and interests could have been a career in the place and conditions in which he grew up.

But he did what he could to help me reach outside of my immediate cultural circle. He would buy me Jules Verne's books and try to get me into Robinson Crusoe (I didn't get into it). He also got me my first computer when I was around 9—a Brazilian knock-off of the British ZX Spectrum, and he incentivized me to go and learn how to use it to make stuff. The first time I made anything graphical with a computer was sitting with him in front of a now-ancient PC, playing with graphics software to make random stuff.

Someone in my school got access to the internet before anyone else. We used to go to his place to just mock about on it, we had a BBS before that, but BBS's were local networks—a big one would have users in the hundreds. Using the web blew my mind. I literally couldn't think of anything else at that time. It eventually was the thing that allowed me to break away from what life had in store for me and to venture out in a different direction.

Music came into my life in the form of soundtracks for skate videos. So that's what I was into at the start. The first concert was a festival called Philips Monsters of Rock. At one point, I fell down and was stomped on during an Iron Maiden set. NOT FUN.

One is too hard! Here are a few:

• Kehinde Wiley, for co-opting old master styles and using it to rebalance power. Powerful ideas, beautifully executed.
• Kadir Nelson, for his beautiful mix of classic and contemporary technique.
• Sian Davey, for her candidness, vulnerability and sensibility.
• Takashi Murakami, for his joyful and colorful madness.
• Chris Killip, because he has helped me understand Britain a little better.
• Leta Sobierajski, for the optimism in her work and her use of different media.
• Alec Soth/Joel Sternfeld/Stephen Shore, for being masters of Americana photography.
• Robert Frank, for starting the whole thing.
• Paula Scher, she's a genius.
• Julie Mehretu, for her orderly chaotic abstract work that reminds me of computational/generative art.

Ford Prefect. There's a frood who really knows where his towel is.

The Penguin History of the World. At over 1,000 pages, it is a seemingly daunting task for the uninitiated. Well worth it, though. Someone managed to package that much history and information and made it into something entertaining to read; that is a serious achievement.

I don't really have one most favorite movie. I believe movies are a fun collection of exciting little ideas and tiny thought nuggets. I tend to connect with the smaller ideas within them as, more often than not, they have a more significant bearing on me than the complete movie itself.

For example, in Cool Hand Luke, you have this quote that I keep coming back to in recent months: "What we have here is a failure to communicate. Some men, you just can't reach."

It's just a little idea, you know?

This was a small piece of writing that was more engaging, significant and relevant than the full movie for me. I imagine the writer taking note of the idea on a piece of paper and later trying to find a place in the script to fit it in. Those little things are what make movies special to me.

Another instance is this little scene in Black Orpheus; these two young kids, about 10 or 11 years old, are playing an old acoustic guitar during sunrise. A third kid comes in and tries to talk to them and is instantly told to stay silent: They are playing to make the sun go up.

How fun is that?

@denisha_anderson,  for her eye and her view of everything great about London people and its youth.
@strange.victory, Sinna Nasseri's investigation of contemporary American society.
@vuhlandes, for taking his camera where cameras usually can't go.
@adrielnunes, for his incessant visual genius and championing of Brazilian visual street culture.
@letasobierajski, her work puts a smile on my face.
@lensculture, for continually introducing me to new photography.

I am fortunate and privileged to be healthy and to have a job. Any effect it might have had on me is irrelevant in the face of the tragedy that countless others are having to go through.

The partnership with Adidas on Adidas Glitch. The project that was the most significant intersection of everything I like to work on culture, sport, product design, business, branding and advertising.

Leading our collaboration with NBCUniversal on the product design of Peacock, their new streaming service. It was an ambitious undertaking and a very pleasurable partnership with our friends at Peacock. It's not every day you can help a company of that magnitude design something of that scope from the ground up. We are very grateful we were allowed to do just that.

Will Wright's early games, especially the first Sim City; it taught me to look at interactive things a bit deeper. To see it as a way to convey concepts and help people experience ideas they otherwise wouldn't have a chance to do.

Olafur Eliasson's exhibition at the Tate. In a world where we are continually glued to our screens, his show shocks you into awaking your senses. The imagination and inventiveness required to use physics to mechanically create imagery that we usually would associate with screens, but do it in real life; it is genius. It's a commentary on the virtual versus the actual, which is a subject I've always found to be fun. The irony that the whole thing has become an "Instagram attraction" is very amusing.

Willingness and hunger to learn.

What I'd be? A person with fewer gray hairs?