On Clarence House, 'Meet the Superhumans,' and improving artist-agency collabs via CM:AIR 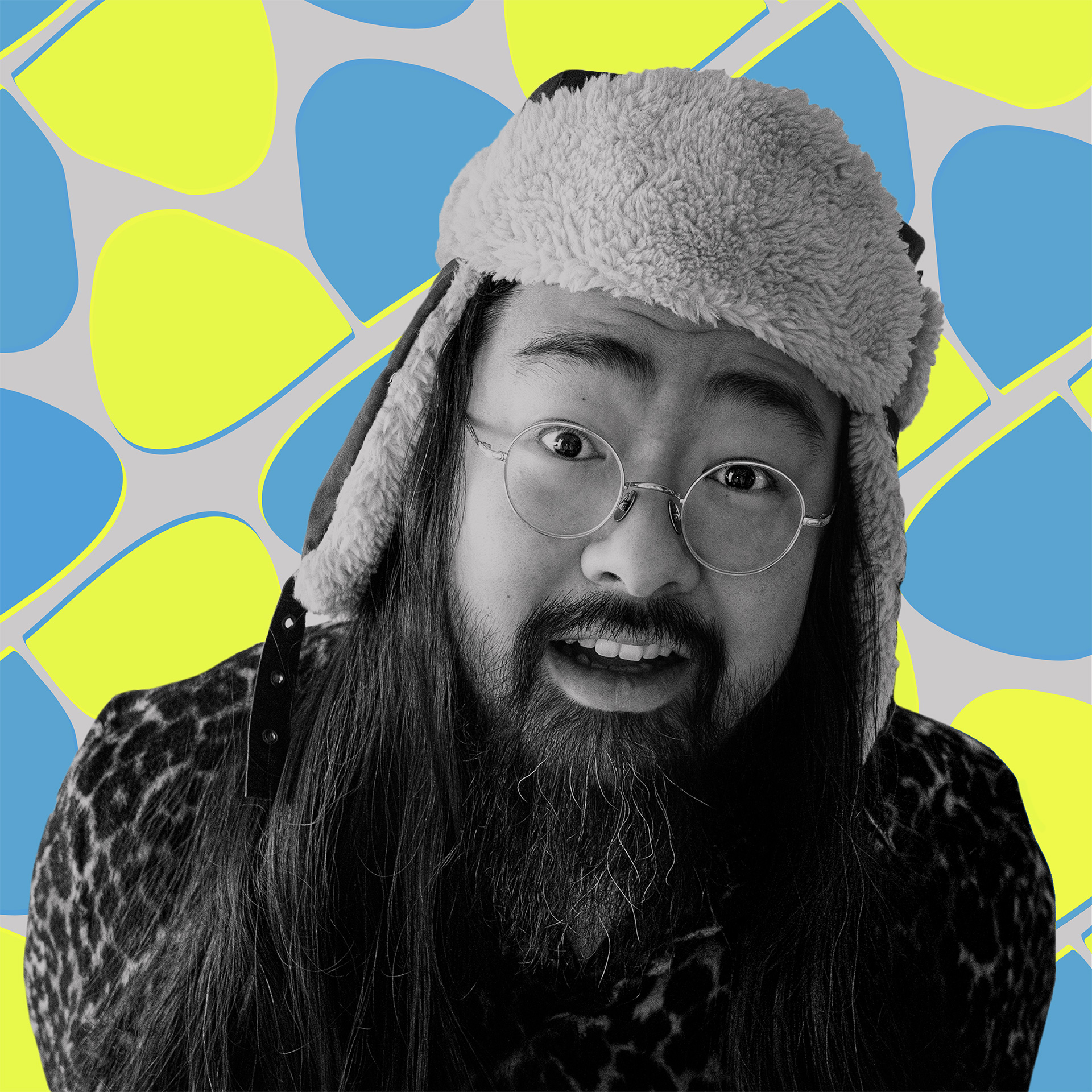 We spent two minutes with Ferdi to learn more about his background, his creative inspirations, and recent work he's admired.

I was born in Seoul and grew up in the Netherlands. I've lived on and off in London since 2009, with a four-year intermission in Singapore. I'm currently joining Zoom calls from a tiny study in Bermondsey. Don't Google it—it's up and coming.

You know how toddlers create spider drawings out of tracings of their own hand? My mother persists to this day in anecdotally mentioning that my pieces of toddler "art" were far more advanced than all the others. This undeserved and disproportionate praise for any doodle I produced was a consistent force throughout my childhood years. Perhaps, being an adoptee, hyperbolic parental kindness might have been a legal requirement, I don't know. Nevertheless, it got me addicted to creating things—because, like, dopamine-driven desire for validation is a thing. So, thanks, Mum. It worked.

When I was 9 or 10, I found myself obsessed with Dutch interior designer Jan des Bouvire. He became a minor TV celebrity in the mid-to-late '90s, hosting design makeover shows. However peculiar his presence seemed (think Viktor&Rolf at H&M), he ultimately democratized an otherwise more elitist field of haute design, and for the longest time I wanted to become an interior architect.

At 13, my Classical Culture teacher, Mrs. Van Ginneken, reassuringly informed me that "education isn't for everyone," before admitting me into an accelerated program to skip a year's worth of curriculum. At 16, the headmistress—I don't remember her name—said the same thing in my exit interview, right before I officially dropped out of high school. It had a distinctly different ring to it, the second time.

Mateus Asato and Abigail Zachko do things to a guitar that make me feel giddy watching it.

Reservation Dogs is a masterclass in storytelling.

For someone whose entire oeuvre consists of coffee, James Hoffmann is inordinately entertaining and surprisingly educational.

Not being able to visit our favorite coffee houses, I made the mistake of Googling home barista equipment. I can now pull a decent espresso, but I'm broke and have lost all countertop space. Lockdown has also led to a quadrupling of the amount of house plants, and a doubling of the amount of children.

Clarence House was such a once-in-a-lifetime thing. Creating a digital home for what is arguably, still, the archetypal royal family, was a challenging exercise in, on one side, making these near-fairytale-like-beings more accessible by bringing their activity and itineraries to life on platform, whilst also remembering that their core following needs them to be up on a pedestal by cherishing the romantic, magical nature of the royal experience.

In 2011, this included content around the Prince of Wales, the Duchess of Cornwall, and also included Will and Kate. Pre-Meghan Harry was also still part of the household. And still a royal.

Out of a conversation between Val [Carlson, CCO of Critical Mass] and prolific artist Shantell Martin, the two founded CM:AIR, a different kind of artist-in-residence program with an intent to change bad behaviors in our industry. In particular, the lack of support for artists, and artist exploitation in advertising, is something that we're continuing to create conversations around. Our most recent stab at that was a roundtable featuring the aforementioned, joined by Ari Kuschnir, Heidi Berg and Michael Ventura.

Our industry can be a wonderfully eclectic world of complex interactions that generates a lot of joyful good, but we can all agree there are plenty of things that can be improved. This program allows us to create action and shine a light in otherwise dimly lit, unspoken territories.

2012 marked the year the Olympics came to London. Notoriously, it sparked Nike's "Find Your Greatness" work after losing out their sponsorship bid to Adidas. Less celebrated, and more controversial, it also saw 4Creative launch "Meet the Superhumans." It came to mind last year after I saw adam&eveDDB's "WeThe15" for the Tokyo 2020 Paralympics.

Not forgetting to have fun.

I talk a lot. Most times too much. I'm allergic to cats—a funny story about that actually…