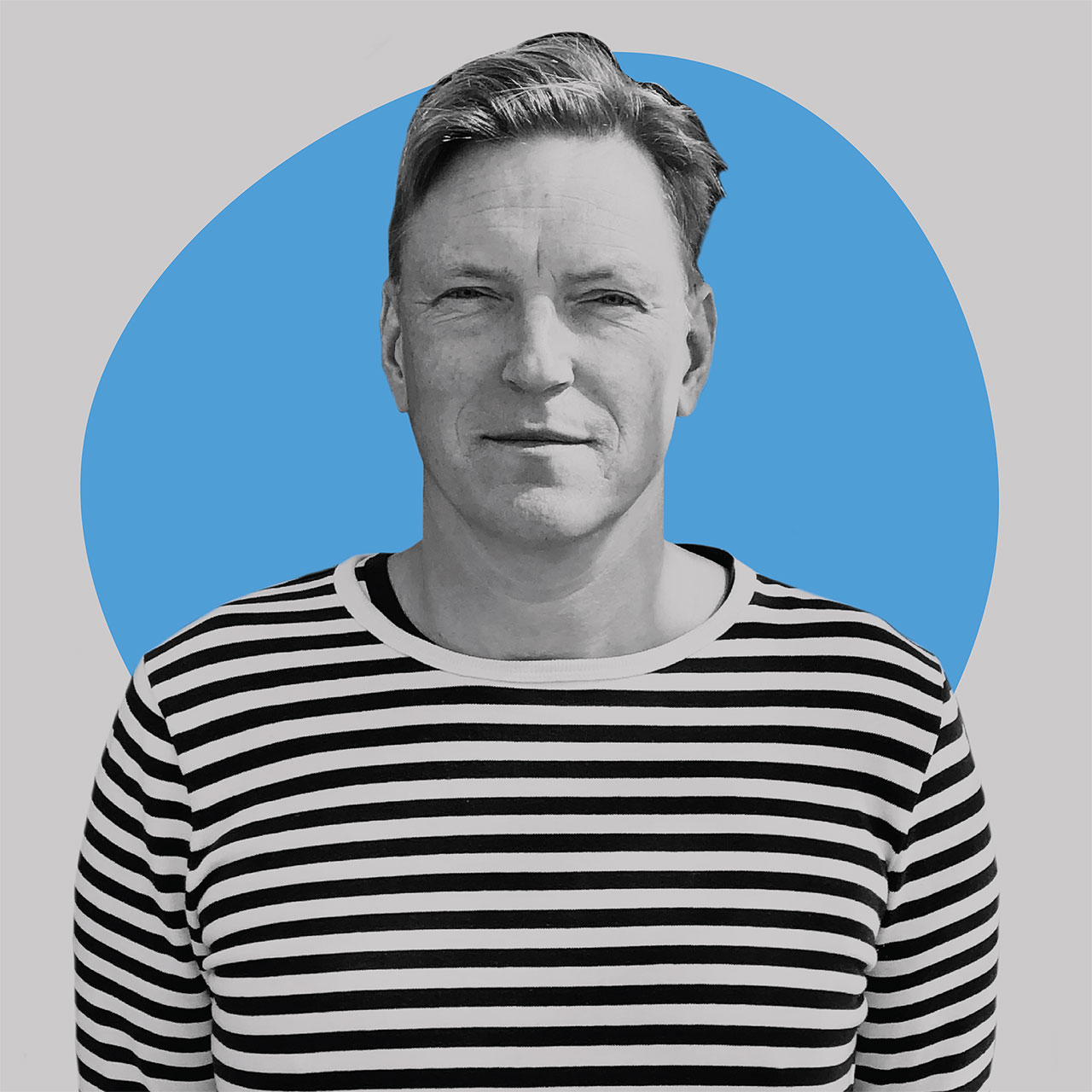 Anders Wahlquist is the CEO and co-founder of B-Reel. Since founding B-Reel in 1999, he has helped global brands successfully communicate through innovative use of storytelling and technology.

Anders was born in Älmhult, Sweden, the birthplace of Swedish garage rock and Ikea, has lived in Marseille, Stockholm, New York, Berlin and is now based in Los Angeles. He completed business school with an MBA at the Lund School of Management and immediately went to work directly with tycoon Jan H. Stenbeck and the multinational media conglomerate Kinnevik. He then went on to establish two microbreweries, a distillery and headed up a restaurant and nightclub in Stockholm, before moving on to launch B-Reel.

Anders prides himself on leading fun businesses with extraordinarily talented people by adding music and human kindness. While he is not working, he enjoys skiing, running and life with his large family.

We spent two minutes with Anders to learn more about his background, his creative inspirations, and recent work he's admired.

I’m not in a creative role today, but I was always creative. I DJ'd and created and sold mix tapes all through my childhood, and helped DJ's sell their work between Sweden, Denmark and Holland mostly. I always also created parties and small clubs, which was fun, but the reality of a 5,000-population village made it a bit limited.

Madonna Louise Ciccone. Loved and admired Madonna from when she released "Holiday" in '83, to her recent DJ gigs, where she still looks like a 20-year-old. Constantly reinventing, amazing drive, strength and integrity.

The first time I had alcohol. Until then I had remembered everything I ever read or heard. Not anymore, had lots of fun though.

See above. Also, can be spellbound by Anselm Kiefer's art.

I do like Mr. Fox, in Fantastic Mr. Fox.

Andrew Huberman, neuroscientist from Stanford, all deep insight into how the body works, with practical applications. We got close to Andrew when developing State, our A.I.-driven breathing app.

We got rid of the harnesses holding us at our desks five days a week. Love that, both personally and professionally.

Hotel 626, a horror web game from 2010 with all the classic scares from the movies, and they worked, much stronger than on film even.

State, our A.I.-driven breathing app. It’s super simple to use, but with lots of intelligence behind it, making it extremely useful.

Everything really gutsy. The first million-pound commercial for BA, much of the work from Swedish agency Paradiset, followed by what Linus and Paul did in the U.S. after moving over, to some of the deep in tech first digital activations in like 2007-08, over to today's product-based brand and campaign work, to strong in-house creative from the likes of Oatly and Squarespace. Love how the focus moves on, with culture and technology intertwined.

Spotify Wrapped, the annual musical personality reading, with your musical aura. Just great thinking of brand building straight out of the core of the product.

To always push forward, and almost always being positive.

To get derailed into rabbit holes.

Many things make me happy. Some: Red wine, cooking and music on a Friday night. Being in the ocean. Going into the studio when there's a raucous moment.

The realization that I cannot call my parents anymore. Every Friday.