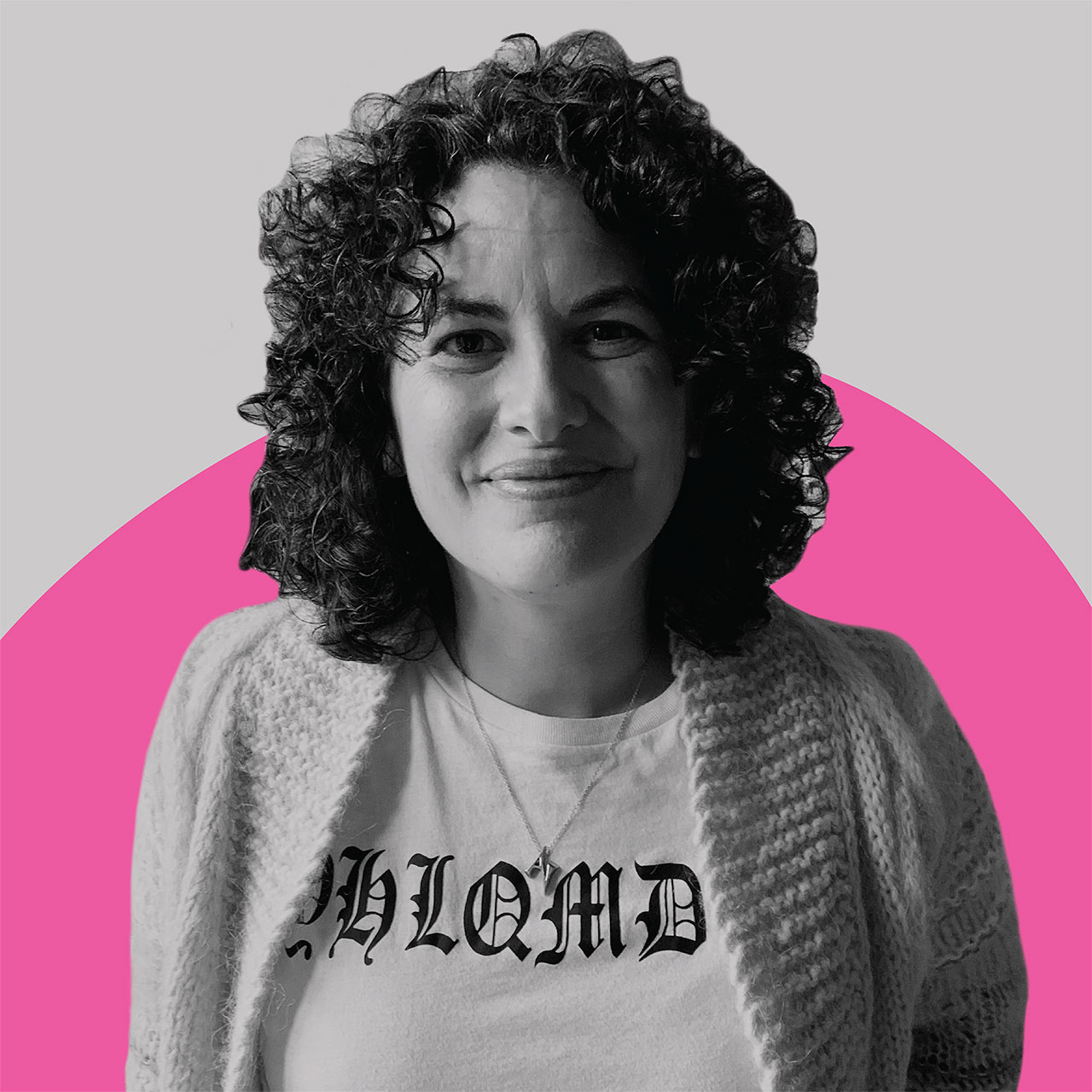 Ali Alvarez was born in Mexico, grew up in Los Angeles, lived and worked for 20 years in London, and has now returned to L.A. as chief creative officer of independent agency Omelet.

A professional horse show jumper in her previous life, Ali built a creative career in advertising and filmmaking, working for some of the world's most exciting agencies and production companies—Mother, Fallon, as ECD and creative partner at The Brooklyn Brothers, B-Reel, and head of creative at JustSo.

We spent two minutes with Ali to learn more about her background, her creative inspirations, and recent work she's admired.

I grew up in various parts of L.A. Kind of did the typical immigrant Mexican thing and started in the more hispanic part of the city, and then my family moved to more gentrified neighborhoods. I'm actually at this moment in London, have been here for 20 years! I'll be making my way back to L.A. very soon (more on that down below).

I did a lot of writing as a kid, maybe that showed creativity? But it wasn't until I was in my 20s that I stumbled on an advertising night class at Art Center in Pasadena. The teacher who ran that encouraged me to apply for the day program and I guess that's when I realized that maybe I was a "creative" person. Before that, I rode horses for a living so I was always a "barn" person.

Miranda July. I loved everything she did, from her books like Learning to Love You More to her art projects to her films like Me and You and Everyone We Know. She was one of the first creative people that I could see working in very different mediums, but putting people at the heart of each of them.

There's a moment halfway through high school where I convinced my dad to let me do homeschooling so I could ride horses competitively and travel around the country. This showed me that you didn't have to take the same path everyone was taking if you follow what you love.

In a weird way, I had a moment like that in art college. I was just about to graduate with what teachers were saying was a "great book" when one teacher told me to stop and really look at it. He told me it wasn't going to get me the job I wanted and that I should scrap it all and start over. It was terrifying. Here I was, about to graduate as one of the "top students," and he was telling me it wasn't good enough.

I trusted him. I took a term off and scrapped the book, worked solely with him to get four new campaigns in and added two of my conceptual art pieces in. Then I rejoined school in the last term, graduated, and flew to London where I got a placement at Mother within two days of landing. My career followed from that. Thank you, Craig Joiner.

Luis Barragan, the Mexican architect. To me, he's like a graphic designer creating in 3-D. The colors and the way that the light plays on his buildings fill me with so much calm and joy.

I watched Minari on a flight recently. WOW. What a gorgeous film. A really simple but powerful film about a Korean family that moves to Arkansas to follow the dad's "American Dream"—to stop working on other people's farms and grow his own, from scratch. It's gorgeous. It was so delicately told through great characters and moments that really show us what America can be through the eyes of "outsiders." But aren't we all really outsiders who came to America to try and be something? The moments that the director chose to use to show us examples of American life … they're so subtle and yet so powerful. It's filled with so many that I can't pick just one, but if you haven't seen it, please do.

There's a cartoon called Xico that my son watches, and there's an amazing dog in it that has ties to ancient Mexican culture. He changes colors as he connects to his ancestors and he saves his owner's life. I think he's my favorite character at the moment.

After 20 years of a career in London, it took a global pandemic to finally break my addiction to this city and tempt me back home to L.A. It was a moment of being so disconnected to people, to those I love—and that's what really drives me as a creative: human connection. At that time, I was introduced to the gem of an agency that I'm at now, Omelet, and it all felt very human again. Here was an agency that put people first, there I was needing to put that at the heart of my next step … And so Covid and Omelet brought me back, professionally and personally, to exactly what matters—people.

"Inspired By Iceland" for Iceland tourism. I won that pitch while ECD at The Brooklyn Brothers and it was all about getting the country back on its feet after the devastating volcanic eruption in 2010. They needed to combat the horrible PR of that event and start to shift online sentiment about visiting there again. The initial "Inspired By Iceland" campaign was kicked off by the president of the country inviting anyone at all to literally come have breakfast with him and his wife. Yes, I got to write a script for a president. It was then followed by everyday people inviting you to join them on their everyday Icelandic things, which are pretty amazing—baths in geothermal pools, hiking glaciers, etc. "Inspired By Iceland" has now become a great platform for the country to continue its warm—and sometimes odd—invitations to the world to come visit and I'm proud to have helped that wonderful country back on its feet.

I can't put into words how proud I am of my feature documentary, Muerte Es Vida. To raise funds for, produce and direct a feature documentary is no small feat. But I made this one while recovering from a traumatic Brain injury, so how's that for something to be proud of?! I had gotten in a bad (understatement) horse riding accident where I lost my short-term memory and had to learn to walk and write again. Unable to go back to my job running an agency, I focused on this film to recover. Building stamina again to walk, to carry camera equipment, to stay awake enough to film for more than a few hours, reconnect to my craft of film. Let alone the subject matter: nature's part in helping us all heal from death. This film healed me in more ways than I can write here.

Werner Herzog's Pina. It's literally one of the most arty documentaries I've seen, I've watched it at least six times. I love every scene. The dancing is obviously amazing, but the way he composed the shots, the poetry of the film—I love it. I could watch it with or without sound another 60 times.

Who hasn't gotten lost and transfixed in one of Yayoi Kusama's installations? And to know she's so open about her mental health, and uses her art to openly work through it, is something I admire immensely. I think most creative people "create" to deal with their demons inside. If we could make our demons as mesmerizing as she's created hers to be, we would all be so lucky.

Oh man, I can't answer that one. Maybe ask some people that have worked with me?

Not taking credit for my strengths.

Being outside. No matter what the mood or what the weather is doing, if I'm outside, my heart is happy. It must be ingrained in me from my horse riding days, but I'm the happiest outside with a dog or horse.

It's also being outside. When I look at this amazing earth we live on, with these beautiful animals we live alongside, my heart just breaks knowing all the damage that we do to both. I want to believe that people want to try and be good to the planet, but it's such a big thing that we as individuals can't fix—it's going to take corporations and governments to make big enough changes, and I just don't think they care.

Is filmmaking too close? If so, I'd go back to my horse days and find a way to do therapy through horses and creativity. Both those things have healed my heart, and I know they can do the same for others.